Last week’s Weekend Caption Contest™ was a smash hit. What with all the work on The Weblog Awards, traveling, and the election things just got in the way of announcing winners. The assignment this weekend was to caption the following picture: 2) (LaMedusa) – “Okay guys, my Depends are working overtime, so which way to the little boy’s room?“

4) (Baron Von Ottomatic) – “How did he do such fantastic gaffes with such little feet?“

5) (Maggie Mama) – “Fox News just captured a photo of the female ventriloquist who is actually speaking for Biden in an attempt to keep him gaffe-free until Election Day.“

(Dos) – “Whoa. Whoa, WHOA!!! Who wrote these questions? SECURITY!! Get the name and affiliation of all these reporters…“ 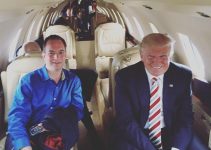