Winners for last week’s Weekend Caption Contest™ were delayed due to technical problems we had last weekend. Many people were able to get their entries in before we started having server issues on Saturday, but some people just never did make it. Nevertheless there were some excellent entries, albeit a few fewer than usual. The assignment last week was to caption the following picture: 3) (fustian) – “If they want to impress us, let ’em put those danish cartoons on their money.“

4) (guido) – “Francly speaking, I would not get too deLiraous about the value of the Euro versus the Dollar. Mark my words, given the Krone-ology of the islamification of Europe, we won’t have to Peso much for a Euro after the euroweenies allow the muslims to Pound them into sharia submission. Then the Dollar will Rialy eat the Euro for Dinar.“

A: He wouldn’t have to, when the Obamessiah is elected the dollars will just jump out of your hand and kick the Euro’s butt. Testify!”

The Readers Choice Award last week went to DJ’s winning entry. At the risk of perpetuating a genre of captions that occur far to often, I’ll give this week’s honorable mention to: 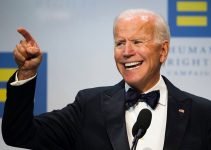