How often is it seen when a Governor endorses a challenger over the long-time incumbent in a Congressional race. From AP–

ANCHORAGE, Alaska – A state Republican convention that could have unified a troubled party descended into infighting Friday, with the lieutenant governor announcing his intention to unseat a congressman and the governor calling for changes in GOP leadership.

Gov. Sarah Palin escorted Parnell into the Division of Elections office and immediately endorsed him over Young. She gave no thought to the protocol of an endorsement months before the August primary, she said.

“When something’s right, it’s right,” she said. “There’s no time like the present to state your case and speak candidly about what you believe it. And I believe in his candidacy.”

Young and Senior Senator Ted Stevens are both under federal investigation. If the Republican party doesn’t want to crash and burn as bad as it did in 2006, its got to distance itself from some of its officeholders.

I wonder if Palin’s endorsement will anger establisment types in the Republican party. Therefore harming any chance she has of being McCain’s running mate.

I think the divisiveness in Alaska(A heavily Republican state) is just one more sign of the trouble ahead for the Republican party in 2008. You can’t dismiss the lack of Senatorial candidates, corruption proved or alleged at this time, the at least half dozen vulnerable GOP Senate seats, or maybe most of all the anti–McCain sentiments that are so strong that it threatens to have some Republicans stay home in November even though they know what will be the result of that action. Gather your senses Republicans, a Democrat in the White House with Democratic majorities in both the House and Senate is going to be a nightmare you’ll be regretting not too far down the road. 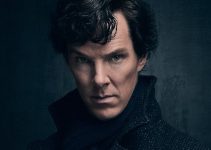