This week’s Weekend Caption Contest™ featuring six smokin’ Santa babes had caption contest regulars giving thanks. The assignment this week was to caption the following picture: 3) (Baron Von Ottomatic) – “Elven bachelor party or not, Mrs. Claus is going to be pissed.“

4) (No One of Consequence) – “Billy knew if he wanted everything on his list this year, milk and cookies just would not do.“

5) (Justrand) – “The Salvation Army said it was unsure if the sudden increase in donations was due to a resurgence in Christian values in America…or it’s new dress code.“

We’re all caugth up on winners now! A new edition of the Wizbang Weekend Caption Contest™ will debut Friday morning. 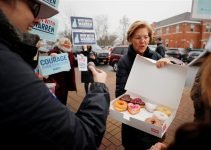