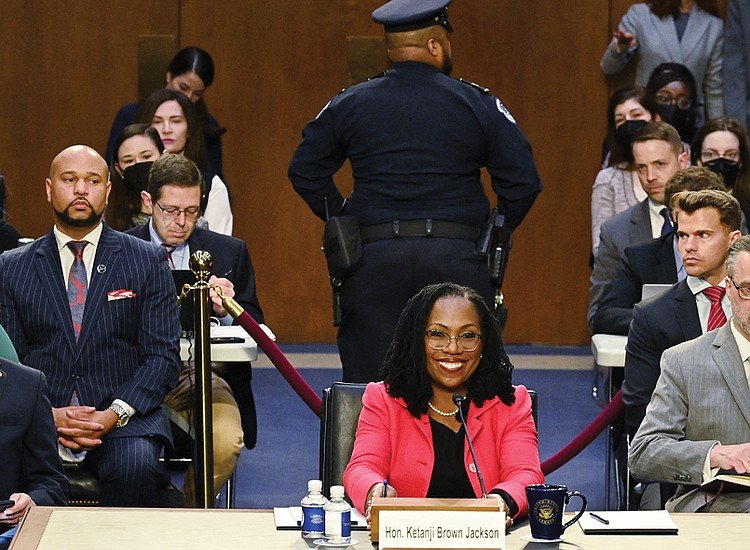 (Mike) – “Driving the bus to Crazytown was a shorter trip than she had imagined!”

3) (guido81_MA) –
“Judge Jackson, are you a mathematician?
* No, senator.
What is 2+2?
* 4, senator.
So, if you can answer that while not being a mathematician, surely you can identify a woman without being a biologist.
* Senator, I’d like to revise my answer; I can’t say definitively what 2+2 is because I am not a mathematician.
Alright then, are you now asking me to vote for a SCOTUS nominee who can’t put 2 & 2 together?
* Senator……..ummmmm……Racism! ”

4)(Rick Adams) – ““Oh, goodie, bring on the questions that I will cheerfully not answer.””

(RadiCalMan) – “Could you please define a women for us???

Woman put the “wo” into woke!”

(Brian Brandt) – “Republican Senator: “What are you smiling about?”
Jackson: “That you can ask me all the embarrassing questions you want about my record and the Democrats still have all the votes they need to confirm me.””

(Retired military) – “Senator “What do you think of the allegations of VP Harris and WIllie Brown?”

(yetanotherjohn) – “Hilary’s chances of being president are only slightly worse than that cop winning the Mr. Universe title this year.”

(DustyPitts) – “Don’t make me whip out the budgies!”