This week’s Weekend Caption Contest™ welcomes in some new categories and the return of a category by popular demand. 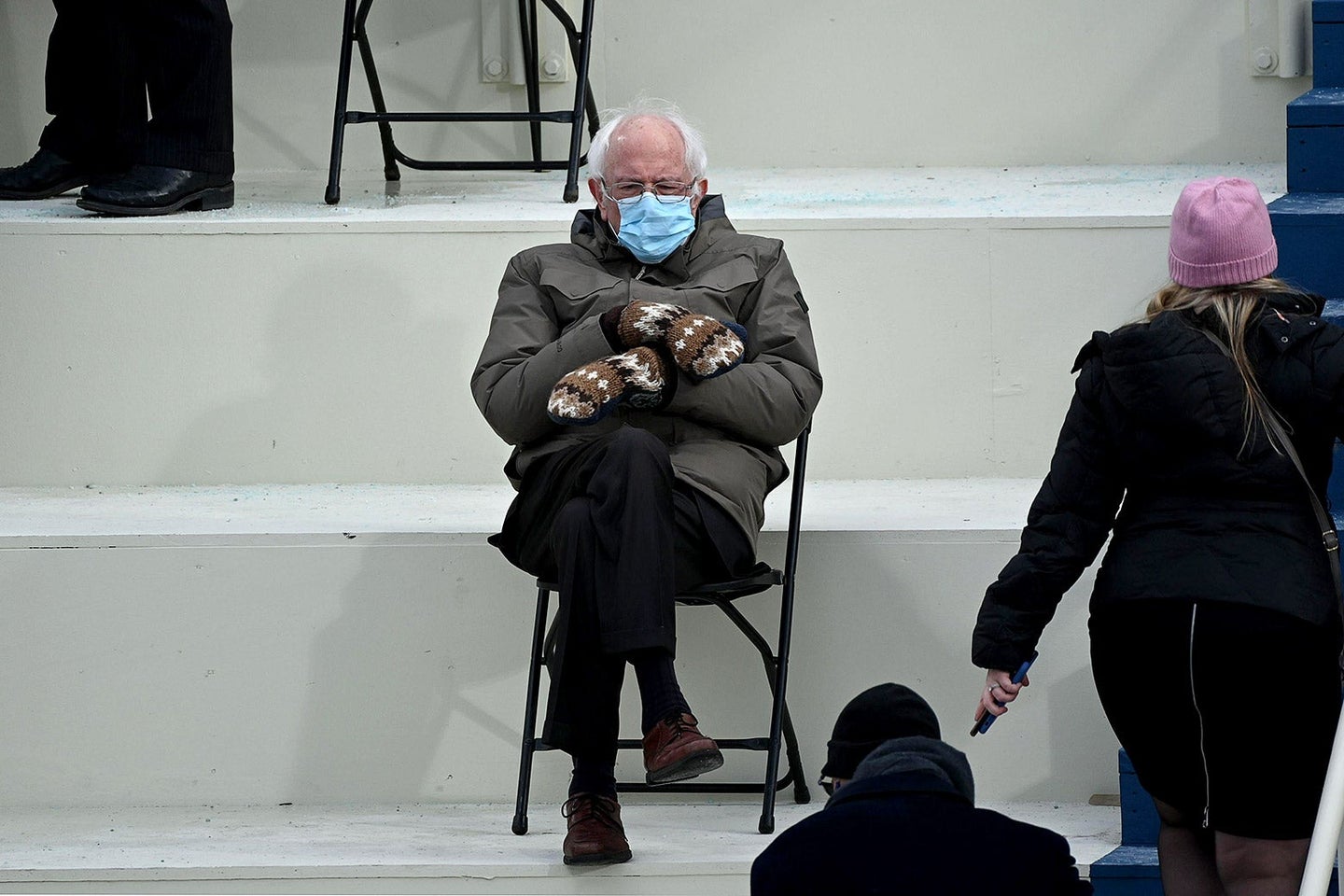 (RadiCalMan) – “Bernie is channeling what it was like being banished to Siberia in the old days of the CCCP peoples paradise!”

3) (McGeehee) – ““This is no way to treat the vanguard of the frickin’ proletariat, dagnabbit!””

(EricSteel) – “Not a quote, just a question. Why do I suddenly smell mothballs?”

4)(patriciamcc) – “I’m cold. I’m pissed & I can’t believe this senile moron is up there and not me. He’s going to inadvertently reveal our plan for the communist takeover and blow the whole thing.”

(Yooper) – “Typical, they said they’d bring me in from the cold.”

(yetanotherjohn) – “Now, please don’t ask why. No one quite knows the reason.
It could be his head wasn’t screwed on just right.
It could be, perhaps, that his shoes were too tight.
But I think that the most likely reason of all,
May have been that his heart was two sizes too small.
Whatever the reason, His heart or his shoes,
He sat there at inauguration, hating the rubes.”

(Brian Brandt) – “Run for President they said. It’ll be fun they said.”

(Joe_Miller) – “The sound you hear is not a whoopee cushion.”

(fustian24) – “It’s a hoot that they’re pretending that it was so difficult keeping the crowd small.

(retired military) – “This is a picture from the WH. That means you wont find Hillary in it.”

(Mary Gehman) – “No mittens, no admittance?”

(Rick Adams) – “I’m not entirely sure what’s going on in this photograph, but Biden is my president, and it sucks.”