This week’s Weekend Caption Contest™ was a great photo but the usual holiday slump in the rate of captions. Speaking of slumps, insert random rant about the pathetic, incompetent, mindless coaching of Jay Gruden of my Washington Redskins. We have the champagne on ice in my household, waiting for the announcement that he has been fired. Who the heck has only two quarterbacks on the roster? And calls only the same three freaking plays ALL SEASON LONG!?! Frankly, the best photo this week would have had ol’ Jay hugging RBG.
Okay.
Okay.
I’m calm now.
The assignment this week was to caption the following picture: 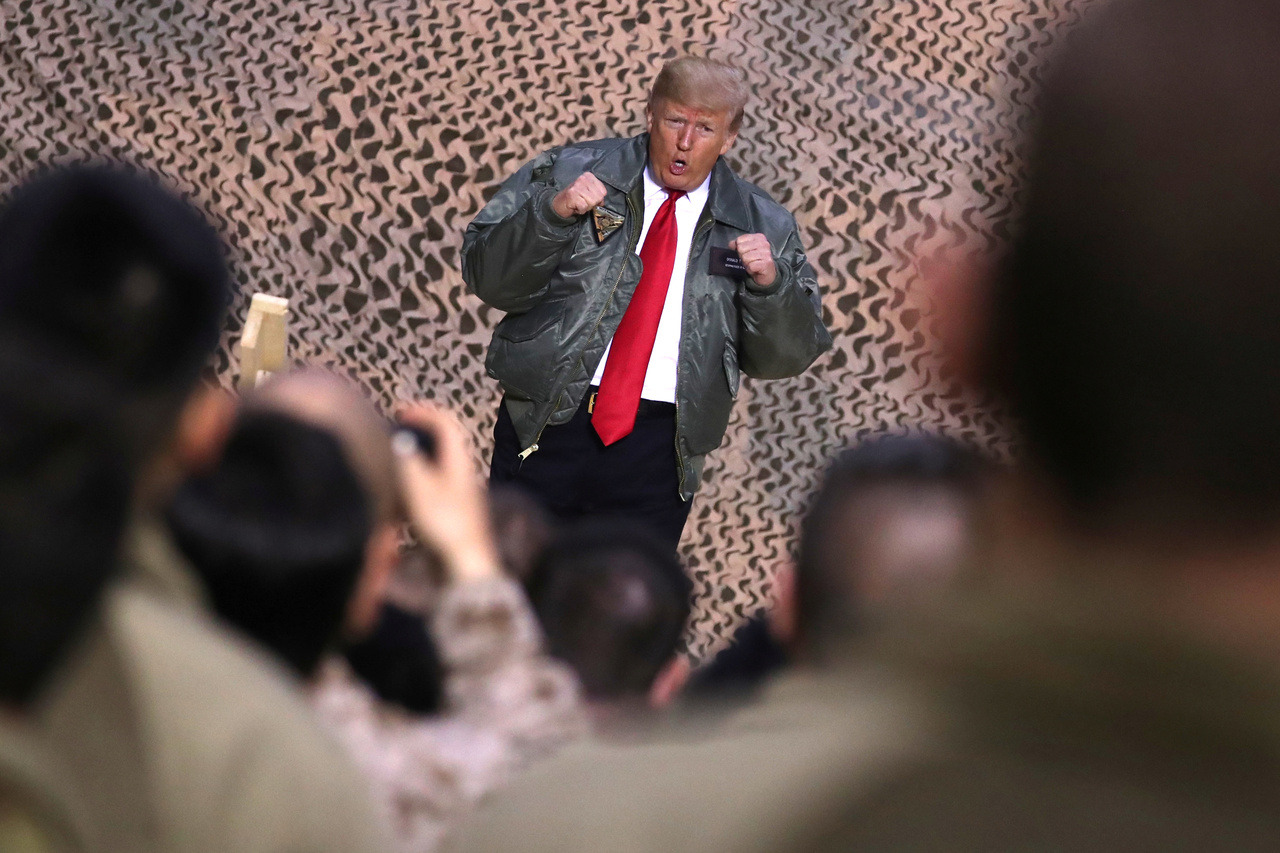 1) (guido81_MA) – “Annnnd in this corner, weighing in at 239 pounds. The Hillary Hitman, The Schumer Doomer, The Pelosi Pugilist, Nancy’s Nemesis, Maxine’s Menace, The Illusion of Collusion, The Tycoon of Tweet, The Assassin of CNN, The POTUS of the SCOTUS, The Minister of the Fence, The Tosser of Acosta, The Jehovah of Jobs, The Kristol Nachtmare, The Obamaneuterer, The Deep State Decimator, The Foe of Fake News, annnd The Magi of MAGA. Yes, he IS Yourrrr Prrrrresident, Donnnnallld “The Dominator” J. Trrruuuummmmp! Let’s get ready to rrrrrrrrrrrrrrummmmmblllle.”

3) (yetanotherjohn) – “72 hours of CNN programming about Trump ignoring the troops goes down the drain.”

6) (Kenny Moore) – “Float like a butterfly, sting with the full force of U.S. military might. You are the greatest!”

(Brian Brandt) – “I told the Captain to go to Mar-A-Lago, but Air Force One has Huawei chips in the GPS.”

(Retired military) – “Trump “You know who didn’t come visit you this Christmas? Hillary Because she isn’t your President””

Can't Democrats and Republicans just get along?
Political Moderates Have Principles Too