This week’s Weekend Caption Contest™ served to reassure us that the MSM is NOT a bunch of lemmings, ignoring important stories to cover minutiae. I know after seeing this picture, my worries have been put to rest. The assignment this week was to caption the following picture: 1) (jim_m) – A crowd of astonished citizens presses against the glass to get a picture of a government worker actually doing their job. Such an occurrence rarely happens and is not expected to come again to the US for at least another century.

2) (Rick Adams) – Yes, yes, we already know what the Democratic party symbol is, thank you very much.

4) (Retired military) – Hillary was asked how she felt one year after losing the presidency. 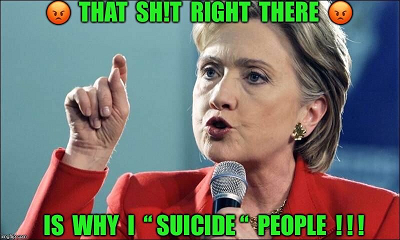 5) (yetanotherjohn) – Raise you hand if you’re sure … and totally immune to reason, thought or history repeating itself?

(Brian Brandt) – MSM amazed that Obama is too dumb to get out of jury duty.

(Joe_Miller) – Calm down, people. Everybody’s got pictures of Louis C.K. jerking off.

(rodney dill) – Donna Brazile schedules a press conference to announce that Hillary still isn’t the President of the United States.

(Paul Hooson) – Pick one of his posts.