This week’s Weekend Caption Contest™ featured a POTUS prominently wearing a flag pin. Haven’t seen that in…oh…about 8 years! Nice change! There were over two hundred entries so we have double winners per place. The assignment this week was to caption the following picture: 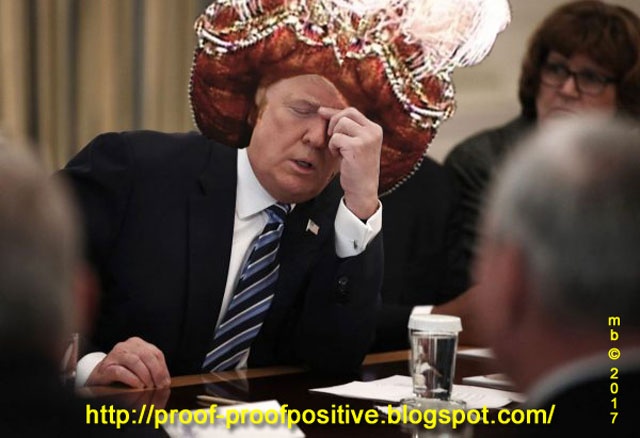 (cathymv) – “The Great Karnac is seeing a vision – He sees Guam not tipping over, Putin not invading Korea, nuclear war not happening, the 9th district not dictating foreign policy, the liberals not getting the congress or the senate, Schumer not being in front of a camera, UC Berkeley not getting government money, DiBlasio not being mayor of New York, Mexico not being able to stop the wall, no house fires, the democrats not winning in 2020, CNN and MSNBC still suck, and the biggest vision – literally – Hillary still not being President of the United States”

3) (yetanotherjohn) – “Looks like I picked the wrong week to stop stringing up appellate judges from lamp posts.”

(Paul Hooson) – “Ah, it’s all fun and games until someone gets elected…”

(Rick Adams) – ““You mean to tell me that all that money I’ve been paying into social security ISN’T in a bulging shoebox with my name on it in some vast government warehouse, right next to the Ark of the Covenant?””

(Joe Humphrey) – “You mean to say pelosi is still alive?”

(RestlessLegs) – “So, what did Kellyanne say today?”

(David Robertson) – ““Please tell me that Paul Hooson won’t be making any lame jokes this week.””

(Rodney G. Graves) – “Trump:
Can this bozo [brucehmorrhoid] comment in any thread without converting it into a yuuge pisser?
No, Mr. President.”

(rodney dill) – “” Carnac the Magnificent pronounces the answer is “War and Peace”.
.
.
.
.
And the sealed question was: “What do you have left over after dismembering Senator Elizabeth warren?” 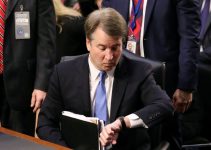