#1 Why does your Party act as if it wants the USA’s southern border to be a sieve?

#4 A 10/22/15 Real Clear Politics story states, “At a House Select Committee on Benghazi hearing Thursday, Rep. Jim Jordan introduced e-mails that show then-Secretary of State Hillary Clinton calling the attack on the U.S. consulate in Benghazi, Libya terrorism to family and the Egyptian prime minister. Jordan then questioned why she told Americans the Benghazi attack was a response to an infamous YouTube clip mocking Muslims but e-mailed it was a terrorist attack to the Egyptian prime minister and family.” So, why did Secretary Clinton give one story in public and a different story in private?

#5 Secretary Clinton’s private server contained classified information, some being top-secret information. How did that information get onto her server without her or anyone working for her violating federal law?

#6 Secretary Clinton didn’t need a private server in her home in order to conduct government business. So, other than to hide what she was doing, why did she want the private server? 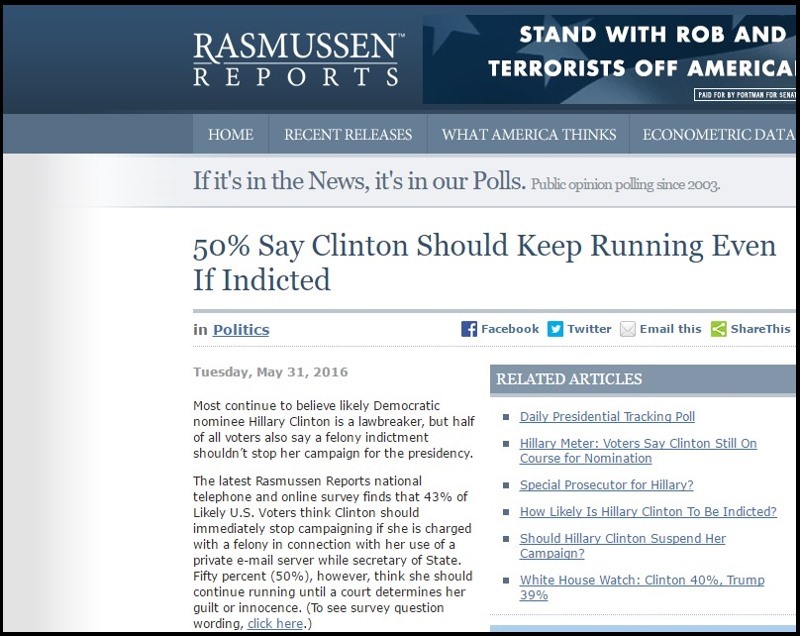 What makes Hillary Clinton so special that she should keep running for POTUS even if she ends up being indicted?

#8 Democrat Congressman Chaka Fattah initially refused to immediately resign from Congress after he was convicted on federal corruption charges. On 06/22/16, The Hill reported, “Rep. Chaka Fattah offered his resignation from Congress on Wednesday, but the embattled Pennsylvania Democrat intends to remain a member – and collect a salary – for several more months.” The Hill also reported, “In interviews conducted before his resignation letter, most Democrats opted simply not to comment at all, and none called for his resignation.” Why is it that congressional Democrats didn’t call for Fattah’s immediate resignation?

Eight questions are enough for now. So, what are the answers? Inquiring minds want to know.