5) (yetanotherjohn) – “Go on Barack, kick her again. Teach her about white privilege.”

6) (Ken in Camarillo) – “Alice learns that candy is one of the few things not provided by a federal program.”

Fundamental Questions on Fundamental Issues
"We have contained" ISIS... 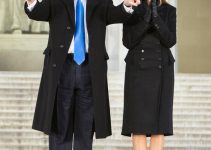