Home
Barack Obama
Why Does Liberal Rag Salon.com Hate Our Soldiers? Because They Take Money From Welfare Spending

On this Memorial Day, the anti-American cretins at Salon.com have proclaimed our soldiers to be “dangerous” to the nation. Why? Because spending money on our military takes money away from welfare budgets. And they are serious.

Before we even get to the stupidity in this Salon.com article, we should note that spending on the military is one of the few federal expenditures that is actually written right into the U.S. Constitution.

Welfare spending isn’t in the Constitution. Spending on the environment isn’t there. No money is specified for roads, internal improvements, or education. Neither is spending on “disaster aid.” But spending on the military is in there.

In fact, little of the spending that goes on in Washington is actually directly Constitutional. By contrast spending on the military is one of the few things that the founders made sure to provide.

But let’s give these anti-American socialists at Salon their say. Here is their argument for why “The U.S. military is a national security threat.”

The American military budget is massive.

At $610 billion, it dwarfs the combined military budgets of China, Russia, Saudi Arabia, France, the UK, India and Germany (see chart below). Put another way, one third of all military spending the world comes from the United States. The problem is, however, that the American military budget may be crowding out other crucial investment

As the era of American hegemony winds down, it’s more important than ever for America to be able to demonstrate soft power. That means first, an American model that works, for other countries to emulate. But further, it means a highly educated population, long-term investment in infrastructure, adequate healthcare, an society based, above all else, on opportunity. However, it’s likely that the military budget precludes these important services.

The most important cost of our bloated military budget is investment in other important government functions. As the chart below from CBO shows, defense spending has historically consumed more than half of the entire U.S. government discretionary budget (spending on veterans eats up mandatory spending as well). In 2014, discretionary defense spending was double Medicaid spending, and about equal to Medicare spending.

Given that the U.S. is already a relatively low-spending country, the military only further diminishes our meager safety net.

Again, unlike our military budget, notice that our “meager safety net” is not Constitutionally mandated spending.

Further, what sort of “safety net” can we have if we can’t even prevent enemies from destroying the country? One might think that the first thread in any “safety net” is the ability to protect our country militarily!

But that isn’t how the anti-American fools at Salon.com see it. They feel that government is our mommy and daddy and a good liberal mommy and daddy would never let their children play army.

Just one more example of why the only feeling a true American should be able to muster for liberalism is contempt.

But when all is said and done, even their premise is a lie. Contrary to the lies promulgated by the left, the military is not the biggest spending item. Defense spending is only about 18 percent of the federal budget while fully 70 percent of the budget is used for Social Security, Medicare, and the other “safety net” items. 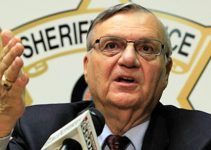