The 2016 Presidential Primary season is upon us.  Honestly, we liken having to think about the 2016 race nineteen months or so before the election to seeing retailers putting up Christmas displays before Halloween.  We’re not fond of it, but it’s reality so we just have to learn to deal with it.

So let’s deal with it.  Today, we’re going to divide the candidates into tiers for you (tears?).

Tier 3 is those names we consider just names.  A nice colloquial term that crosses our mind is “dead meat.” 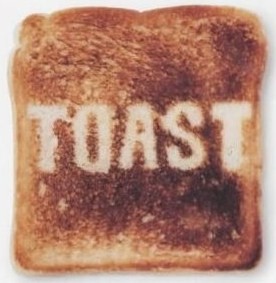 Chris Christie.  He made a big splash a long time ago by taking on the public employee unions in New Jersey and by being “outspoken.”  Those on the left prefer “bully.”  He’s been upstaged on the union front, his popularity in his home state is in the 30s, and the Republican base is not fond of him.  Toast.

Jeb Bush.  The Republican Establishment loves him.  Everybody else hates the sight of him.  His negatives are the highest of any potential candidate.  His position on amnesty for illegals makes Obama look like a Tea Party member.  He’ll have lots of money to play with, he’ll waste it.  Toast.

Ben Carson.  Dr. Ben.  Zero political experience.  Foot in mouth disease.  Blames the “liberal media” for the War of 1812 and every bad thing since, including their habit of accurately quoting him.  Burnt toast.

Tier 2 is folks who are in the race because they like running for President and have followers, think of Mike Huckabee and Rick Santorum.  Neither of them have any serious money, both have rickety organizations – except in Iowa where they will fight over Evangelical voters, effectively eliminating one another.  Neither of these gentlemen connect with the base any better than George Jeb Bush.  Both are lovers of amnesty and both think they can convince their supporters that they can somehow legislate values back into society.  Their worst quality is that neither of them – when they actually held office – have ever met a problem that couldn’t be solved by more government, and neither of them have ever met a tax increase they didn’t like.

That brings us to Tier 1.  People who actually have shot at the nomination.

Of these three, Cruz, Paul, and Walker all have fans in the base and should be “acceptable” to a very wide cross section of conservatives.  Rubio, on the other hand, while a very attractive campaigner, will have huge trust issues because of his membership in the Gang of 8 immigration sell-out.

Which brings us to The Big Three.

We’re not going to split hairs on their stands on various issues since they’re all in the process of tuning up their positions on everything.  We don’t expect anything to pop up that would immediately disqualify any of them.  What we are going to do is look at how these candidates can be most competitive.

Cruz and Paul have an advantage at this point in the process, they’ve been nationally recognized names for a number of years.  Both men have, at this point, well-tuned organizations that can look at a “national” campaign and organize for the initial run at Iowa and New Hampshire.

Rand Paul also has his dad’s organization, or at least a significant number of his supporters, in his back pocket.

They also have the advantage of the fact that they are Senators and can schedule time away from the Senate – when it’s in session – relatively easily.

Scott Walker doesn’t have any of these advantages.  Yet.

His biggest advantages are that he’s a sitting Governor with a perceived strong record of conservative action in his first term.  He’s also a relative unknown outside of Wisconsin – except to political junkies – and that gives him some ability to make himself into the image he prefers, although he’s not the conservative savior some have made him out to be, he’s got room to adjust and mold his image a bit.  Rand Paul and Ted Cruz already have a very strong perceived image both with the national news media and the base.

If Walker is going to capitalize on his current polling popularity and build an organization, he’s got a huge job of catch-up to do.  The real question would seem to be, “Does Scott Walker really want to be President?”  He’s certainly acting like he’d like the job.

To accomplish these things, he should consider stepping down as Governor.

Walker has already shown that he can accomplish a conservative agenda in a purple state.  He really doesn’t have much left to prove as a Governor.  He can’t really add much to his resume in the next 18 months.

He’s also got the luxury of being able to turn the state over into the very able, and arguably more Conservative hands of his Lt. Governor, Rebecca Kleefisch.

Let’s urge the voters of Wisconsin to start the draft Kleefisch for Governor petition. Scott Walker can help himself, the Party, and his home state by putting another strong conservative woman in a governors mansion.

Will Scott declare himself “all in”?  We think he needs to do just that, and sooner than later.  It gives him the time to focus on the enormous job of being elected to the biggest job in the land.  It also demonstrates a level of commitment that no other candidate will likely be willing to match.

Muslims United Against ISIS
The lights are on, but nobody's home.
Tags:2016 Republican Primary, Scott Walker