Spitting On Their Graves

At the Oversight Committee hearing on Benghazi yesterday, every Democrat but two got up and walked out just as the parents of the victims were about to give testimony.

Read more at Townhall: Spitting on their graves – House Democrats leave before testimony from the families of the victims.

The names of those who walked out and who should be utterly ashamed of themselves:

Clearly the Democrats are uncomfortable sitting across from families, who a year later, still have no answers on what happened to their loved ones. The Democrat response to situations exposing truths they don’t like is to walk out. Flashback – Holder Contempt vote over Fast and Furious.

Here’s some of what you walked out on, Democrats:

The full video of the House Oversight committee hearing on 09/19/13  is HERE. The portion of the panel that includes the families testimony is HERE.

Key item that came out of the Oversight hearing was that Hillary Clinton’s top aides (Cheryl Mills and Charlene Lamb) were given a ‘heads up’ and it  comes out in the second video below that the ARB report was given to Clinton and Lamb before it was made public.

The full Foreign Affairs committee hearing video from 09/18/13 HERE.  One highlight is that Ambassador Kennedy told the committee that the mission in Benghazi is closed. I don’t know that we’d been told that before.

9/3/13: Secretary of State John Kerry had his lunch eaten by Representative Jeff Duncan who asked Kerry point-blank, “Mr. Kerry, your predecessor asked, ‘What difference does it make now?’” (video)

09/08/13: The official version of events of what happened the night of the attack is challenged by The Guardian. Eye witness accounts, details about the mission itself, the reality of the level of ‘adequate’ security and the locating of Ambassador Stevens’ body do not match up with the official stories given by the State department.

09/08/13: Greg Hicks goes on ABC with George Stephanopolous and says he was punished for speaking out on Benghazi.

9/11/13: Hillary Clinton comes out on 9/11 and calls for war with Syria, but what difference does it make? Meanwhile, State Department staffers have to mourn their colleagues in Benghazi privately. 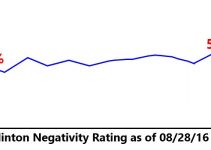