Hillary Clinton told the nation that her actions in Benghazi don’t matter, that we should forget the whole thing, because, as she said in testimony before Congress, “what difference at this point does it make?”

Every criminal in history would love to say that, wouldn’t they? At his trial for murder, I’m sure mad Charlie Manson would love to have said, “what difference at this point does it make?” and be let off the hook for the murder of Sharon Tate. Right?

Well, not everyone is ready to let Hillary forget that she had a bloody hand in the deaths of four Americans–one of whom was our US ambassador to Libya–during the attacks on our facility in Benghazi, Libya, on Sept. 11, 2012.

In this case at least some protesters stood up and yelled out “Benghazi” a dozen times as Hillary got her so-called medal of “liberty.”

Now, in the video above you have to put on your earphones and listen closely as the person filming the thing was quite a bit away from the protester, but you can hear it if you listen carefully.

Hillary was at the National Constitution Center on Independence Mall in Washington DC on Sept. 12 to get her undeserved honor “for her lifelong career in public service.”

And do you want to hear something more disgusting in this story? Florida’s ex-governor, Jeb Bush, is the one that handed her the medal! (Bush is the chairman of the center)

Do you think we should just forget about Benghazi and let Hillary off the hook? 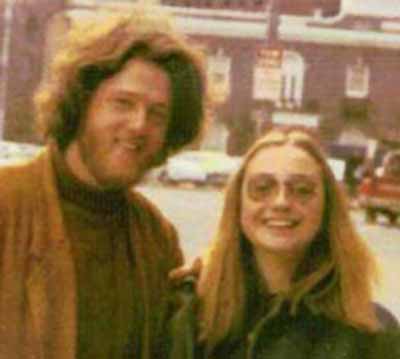