Last week’s Weekend Caption Contest™ was another smash hit and the beginning of what turned out to be back to back sports themed contests. The assignment last week was to caption the following picture: 2) (Rodney Dill) – “The President introduces his next new Secretary of State… Wilson.””

4) (Conservachef) – “Now you’re not going to try and sell this soccer ball on ebay and buy something like a gun, are you?”

6) (Rodney Dill) – “Due to the Sequestration the Death Star drone was more modest than anticipated.”

The Readers Choice Award last week went to fustian’s winning entry. In its place we the best caption incorporating a theme from a previous contest: 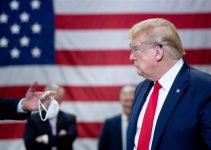