Charlie Sheen had it right all along, boozing and drugging it up with hookers should be legalized according a United Nations-backed commission. Amanda Swysgood at CNSNews notes:

A report issued by the United Nations-backed Global Commission on HIV and the Law; recommends that nations around the world get rid of “punitive” laws against prostitution – or what it calls “consensual sex work” — and decriminalize the voluntary use of illegal injection drugs in order to combat the HIV epidemic.

The commission, which is made up of 15 former heads of state, legal scholars and HIV/AIDS activists, was convened in 2010 by U.N. Secretary-General Ban Ki-Moon and is jointly backed by the United Nations Development Programme and UNAIDS – the Joint U.N. Programme on AIDS/HIV.

The commission recommends repealing all laws that prohibit “adult consensual sex work,” as well as clearly distinguishing in law and practice between sexual trafficking and prostitution.

The report–“HIV and the Law: Risks, Rights & Health”–cites a recommendation by the International Labour Organization, which recommends that “sex work” should be recognized as an occupation in order to be regulated “in a way that protects workers and customers.”

I’m surprised that they didn’t call for unionization of sex workers and taxation drugs as well. Maybe the Obama administration can make that a centerpiece of their economic recovery program if he wins a second term. That would be a real “stimulus” plan… 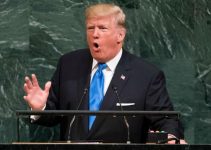