It’s official: Sarah Palin won’t be running for president next year. She sent out a letter today:

October 5, 2011
Wasilla, Alaska
After much prayer and serious consideration, I have decided that I will not be seeking the 2012 GOP nomination for President of the United States. As always, my family comes first and obviously Todd and I put great consideration into family life before making this decision. When we serve, we devote ourselves to God, family and country. My decision maintains this order.

My decision is based upon a review of what common sense Conservatives and Independents have accomplished, especially over the last year. I believe that at this time I can be more effective in a decisive role to help elect other true public servants to office – from the nation’s governors to Congressional seats and the Presidency. We need to continue to actively and aggressively help those who will stop the “fundamental transformation” of our nation and instead seek the restoration of our greatness, our goodness and our constitutional republic based on the rule of law.

From the bottom of my heart I thank those who have supported me and defended my record throughout the years, and encouraged me to run for President. Know that by working together we can bring this country back – and as I’ve always said, one doesn’t need a title to help do it.

I will continue driving the discussion for freedom and free markets, including in the race for President where our candidates must embrace immediate action toward energy independence through domestic resource developments of conventional energy sources, along with renewables. We must reduce tax burdens and onerous regulations that kill American industry, and our candidates must always push to minimize government to strengthen the economy and allow the private sector to create jobs.

Those will be our priorities so Americans can be confident that a smaller, smarter government that is truly of the people, by the people, and for the people can better serve this most exceptional nation.

In the coming weeks I will help coordinate strategies to assist in replacing the President, re-taking the Senate, and maintaining the House.

Thank you again for all your support. Let’s unite to restore this country!

This doesn’t surprise me in the least, because I decided a while ago that I wouldn’t venture a guess either way about Palin. Well, that’s not entirely true; I thought she’d drag it out a bit longer. But that was because I didn’t follow my own observation about Palin: if you want to know what she’s doing and why, just listen to her.

Her letter shows that perfectly. And as I read her letter over, I note that she doesn’t say she won’t run for president; she says she won’t seek the GOP nomination. That leaves a third-party run still available.

Palin makes it clear: she still intends to stay involved in politics, still work on the issues that she considers important, and still work for candidates she believes in.

Those who like to routinely pronounce her politically dead (such as my occasional sparring partner, OTB’s Doug Mataconis) tend to do so based on some very flawed assumptions: that Palin’s power and influence and popularity are in any way derived from the Establishment GOP, that she has to play by the traditional rules of politics, and that Palin’s power is in any way derived from her holding any kind of office.

Palin will still wield considerable political power, and will continue to do so regardless of what the Old Boys think or say or wish. 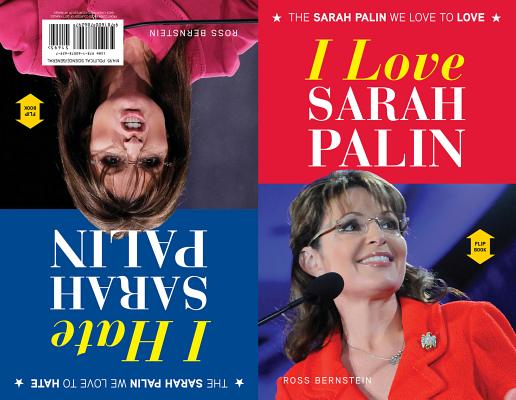