Given this post as context, I’m compelled to ask… can someone tell me why Michelle Obama isn’t in jail?

A young girl is in the hospital after she was stabbed Monday evening at a College Station fast food restaurant, the same location where a robbery occurred earlier that day.

College Station police responded to the McDonald’s in the 100 block of George Bush Drive where a man reportedly stabbed a 12-year-old girl standing by the exit door as he was leaving just before 7:30 p.m.

The victim was transported to the College Station Medical Center where she is in stable condition.

The suspect fled on foot, but has not been located since. He is described as being between 20 and 25-years-old, between 5-foot-7 and 5-foot-10, with a medium to heavy build. He was last seen wearing light colored denim jeans, a dark colored hoodie jacket, white tennis shoes with black markings, and a black baseball cap with a “P.”

We’re all aware of the First Lady’s war on obesity, and I’m sure if we do some digging, we’d find that she’s used militaristic terms to in some way get her message across and that this thug, as a result, was unduly pressured to attack the innocent in an eating establishment guilty of being on the wrong side of Ms. Obama’s conflict.

And so, given the logic employed by so many Leftists, by so many in the media, I ask again…  why isn’t Michelle Obama in jail? 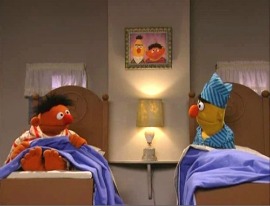