This week’s Weekend Caption Contest™ was another monster success. There were many, many excellent captions and one universally despised caption. The assignment this week was to caption the following picture: 6) (just bob) – “But I’ve already tried that girl on girl thing, this isn’t going to teach me anything.“

(Dodo David) – Lohan: “The judge can’t do this to me. Doesn’t she know that it will ruin my acting career?“
Attorney: “What acting career?” 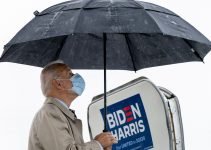