From Oleg Atbashian (the Ukranian blogger who created The People’s Cube):

“My administration is the only thing between you and the pitchforks,” Barack Obama told the CEOs of the world’s most powerful financial institutions on March 27, when they cited competition for talent in an international market as justification for paying higher salaries to their employees.

Arrayed around a long mahogany table in the White House state dining room, the bankers struggled to make themselves clear to the president, but he wasn’t in a mood to hear them out. He interrupted them by saying, “Be careful how you make those statements, gentlemen. The public isn’t buying that.”

To get the full flavor of the president’s implication we must remember that in Obama’s code language, the word “pitchforks” means “a vigorous campaign of threats and intimidation perpetrated by Obama-sponsored ACORN and union activists in conjunction with theatrical outrage from government officials, amplified by the complicit media, and coordinated from one political center, which has now moved to the White House.”(emphasis added)

When one political party commands the allegiance of virtually all of the news and entertainment media, it wields a very dangerous amount of power, because it essentially controls the outlets that guide the national conversation. For all the supposed diabolical evil contained within the Bush Administration, they were never able to effectively control the national conversation, nor did they ever really try. In fact, a loud, angry, vulgar counter-conversation stirred by entertainers, partisan Democrats, and left-wing bloggers eager to damage the Bush Administration continued unabated for the last eight years.

But today, the Obama Campaign Administration is working very hard to suppress the counter-conversation of conservative blogs, talk radio, and the grassroots “Tea Party” movement. They have specifically targeted media figures and tried to use them as negative leverage in election campaigns. They have threatened censorship through the bogus “Fairness Doctrine”. They have identified scapegoats and then mobilized (via ACORN) trained protesters to harass them. And now there are concerns that left-wing groups are planning to infiltrate and sabotage next week’s April 15th National Tea Party Day.

All of this certainly seems like a Nixonian effort that is being coordinated by the Obama White House, not independent Democratic activists. And we are certain to see much more of it during the next four years. 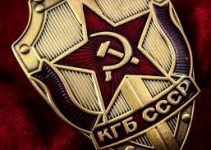