Israeli planes attacked a bridge in central Gaza late Tuesday, Israel Radio reported, and Israeli tanks were said to be on the move, possibly signaling the start of a military operation.

Palestinian security forces said Israeli tanks were moving near the Israeli village of Nahal Oz, a main Israeli staging area just outside Gaza, but that they had not yet entered Gaza.

In the Shajaiyeh neighborhood of Gaza City, not far from the border fence, armed militants took up positions across from the blaring headlights of Israeli vehicles, and Israeli attack helicopters hovered overhead. The militants told residents to leave the area.

Israeli military officials said a limited operation has been authorized for southern Gaza, aimed at “terrorist infrastructure.” The officials spoke on condition of anonymity because they were not authorized to talk to reporters.

Israel has been massing troops and armor around Gaza since Sunday, when Palestinian militants tunneled under the border and attacked an Israeli army post at a Gaza crossing, killing two soldiers and abducting a third.

Hot Air points to DEBKAfile which is saying that Gilead Shalit, the kidnapped Israeli soldier, may have been smuggled out and possibly handed over to al Qaeda operatives.

In the two days since his abduction, none of the diplomats seeking to negotiate his release attained direct access to the kidnappers before the effort, led by Egypt, France, Turkey and others, broke down. It is feared that the Hamas faction holding the Israeli corporal have smuggled him out of the Gaza Strip through Sinai to a hostile Arab country, using the services of the Semhadana clan’s gunrunners, who are after revenge for Israel’s assassination of their kinsman. It is also possible that he has been put in the hands of al Qaeda cells in Sinai, Egypt, Sudan, Iraq or Lebanon.

Israel’s armed forces are making every effort to prevent the Israeli hostage from being taken out of the Gaza Strip, but without firm knowledge of where he is hidden, they are groping in the dark. The IDF are now paying in full the price for passing the Philadelphi border strip to Egyptian security (and intelligence) control.

Earlier, Palestinian PRC umbrella spokesman Muhammed al-Al said Gilad Shalit has been moved to hideout where “the Zionists will never reach him”

Does Jimmy Carter still think we should give Hamas the chance to moderate?

Update: Haaretz is reporting that the IDF thinks Shalit is still being held in southern Gaza 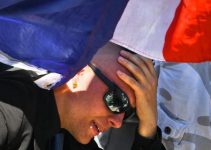