Update: Yep, Fox News is going with it, live at the Supreme Court. They have it from “three separate sources that the resignation of Sandra Day O’Connor is imminent.”

Man your battle stations, folks. I’m right outside the city in Arlington right now, but I can hear blood pressures rising from here. A fight to replace a Supreme Court swing vote. This is gonna be a fight for the ages.

Update 2: I love it that she turned in her resignation on a Friday before a holiday weekend. Half of Washington (and certainly most of the Members) are outta here already. Supreme Court justices– they’re not just above the Constitution; they’re above the D.C. news cycle too! The nerve.

Update 3: Fox News has a copy of the resignation letter addressed to President Bush. Bush statement in the Rose Garden in 40 minutes. He won’t announce a successor.

Update 5: Bush video here. Insists on a fair debate and vote, but says he’ll consult with Members on his picks. Speech text, here.

Update 7: Ted Kennedy has fighting words. He wants the President to avoid giving the “advise” function of the Senate short shrift, and pick someone who will bring us together. Read: Capitulate, Cowboy!

Update 8: Bush won’t announce a nominee until after he gets back from his G-8 trip on July 8. Looks like some folks may be able to leave town this weekend after all. Maybe? Probably not.

Update 9: I’m heading to the Hill for a strategy meeting on all this business, so I’ve got to run, but before I go:

Mary Katharine blogs at the Townhall C-Log, where there is now rampant speculation on O’Connor’s replacement. 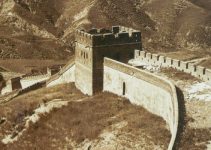