Lefty blogger Oliver Willis (whose domain is temporarily unavailable) can’t hide his contempt over the forthcoming Edward Klein book, The Truth About Hillary:

What is wrong with these people? What causes them to print and promote this sort of vile, hateful, made-up bullsh*t? What psychosis is it that drives them to promote it and yell this slime from the highest mountains.

They have no shame. They have no decency.Funny, the same thing could be said about Oliver’s fawning over (and selling via Amazon) Kitty Kelley’s equally ville pre-election Bush hatchet-job, The Family. Willis conveniently forgets (or ignores) his decidedly more open-minded coverage of that book, of which he said:

Who knows if the books allegations are true? Some people say they are. We report, you decide.

ALSO: Write to local media and get them to cover this story.Has he no shame. Has he no consistency.

Note: Klein’s book is advertised on this site, as it is on many other blogs. The ad started running long before anyone had any inkling or the content of the book. Other than for sexually explicit content, we do not screen the products and services that are advertised at Wizbang, nor is our endorsement implied. 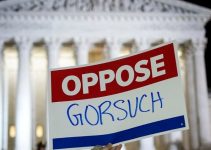