From the Boston Herald comes news that bloggers Matt Margolis and Aaron Margolis got roughed up by Kerry’s union thugs supporters at a Bush event:

A brawl erupted between opponents and supporters of President Bush last night behind police barricades a block from his fund-raiser at the Park Plaza Hotel.

Two Bush supporters, twin brothers Matt and Aaron Margolis, traded blows at the corner of Arlington and Boylston streets with several men who they said were union members.

The fight started after a man wearing an Ironworkers Local 7 sweatshirt, perched atop a subway entrance, repeatedly taunted the brothers.

“They told us to get out of here or we’d get beaten up,” said Matt Margolis, 24, of Beverly.

“I said, `I support your freedom of speech – please support mine. Come on down and we can have a conversation.”

“He jumped down and swung on my brother. Then they all jumped in and tore our signs apart.”Update: Arron has significantly more detail on the event here. Matt has not covered the topic yet at Blogs for Bush. 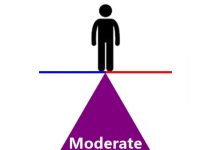