Home
Politics
How It Really Works

Settle back and I’ll let you in on some dirty little secrets from Capital Hill. The subject of this particular expose is a series of two letters from Senator John Kerry to the same constituent as noted by Noam Scheiber at The New Republic.

The idea behind the CMS systems was that upon entering office the representative would procure an electronic list of the 300,000 or so constituents in your district, or if you were lucky get the previous representative’s database. Staff member could add new constituents; merge records of duplicates, etc. Every inbound letter and call is tracked by a lookup search for the constituent’s name. Once the record is found the contact history with that constituent is available for viewing and action.

Inbound letters and calls are ‘issue coded’. For example, if you write a letter to your representative in which you urge the member to support gun control legislation, the staff members who open and read the mail enter a record of the correspondence and select a gun control issue code. If you address multiple topics you get multiple codes.

The staffer at that point has the option of creating a response (which as I recall they usually do) by picking one or more items from a list of issue talking points.

These talking points (they probably had a different name) are actually small word processing documents (Word or WordPerfect) containing text about the member’s position, recently introduced or co-sponsored legislation, etc. The CMS system the invokes a mail merge process in the word processor to create a response document from a response template and the issue documents. The response is printed then signed by the best office forger or a signature machine.

“Thank you for contacting me to express your opposition … to the early use of military force by the US against Iraq. I share your concerns. On January 11, I voted in favor of a resolution that would have insisted that economic sanctions be given more time to work and against a resolution giving the president the immediate authority to go to war.”

–letter from Senator John Kerry to Wallace Carter of Newton Centre, Massachusetts, dated January 22 [1991]And this one:

“Thank you very much for contacting me to express your support for the actions of President Bush in response to the Iraqi invasion of Kuwait. From the outset of the invasion, I have strongly and unequivocally supported President Bush’s response to the crisis and the policy goals he has established with our military deployment in the Persian Gulf.”

To the same constituent.

Of course there are many other features of the system, such as the ability to lookup everyone who has written or called on a particular issue and create a mass mailing via the mail merge process, etc.

In the case of Sen. Kerry, the office clearly had issue codes for both pro-war and anti-war. I can guarantee you that neither of Wallace Carter’s messages made it anywhere close to the vicinity of the Senator. Some fresh faced 22 year old staffer was just doing their job. 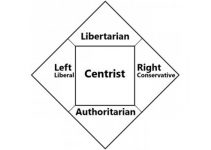