This week’s Weekend Caption Contest™ actually featured competition for the Too Soon Category. The Previously-Rare-Too-Soon Award is going to be the plain old Too Soon Award at this rate. 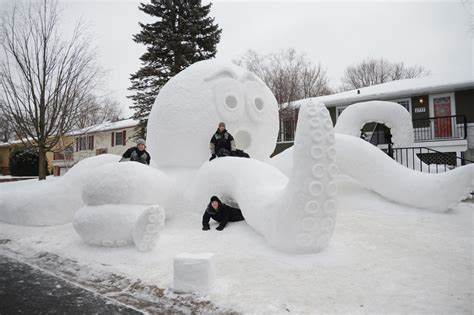 1) (Joe_Miller) – “The last three kids on the planet without cell phones.”

3) (Tom Morrow) – “This used to be a male snow octopus until they removed its snowballs.”

5) (2klbofun) – “I’m not sure what those folks at Davos are doing, but I bet this is the first step to world domination.”

(retired military) – “Damn that is almost as much snow as Hunter Biden goes through in a week.”

He’d let us in, knows where we’ve been
In his octopus’s garden in the snowbank

Oh, what joy for every girl and boy
Knowing they’re happy and they’re free 🎶” 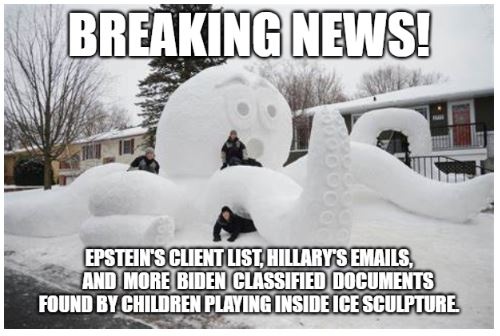 (Paul Hooson) – “How can anyone possiby play in the snow and not think about the late David Crosby?”

(yetanotherjohn) – “Based on his face, someone has been putting the ‘O’ in Octopus.” 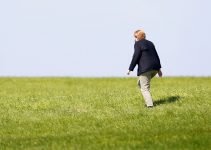