This week’s Weekend Caption Contest™ is brought to us by the WTHIsThisKindofSpeechinAmerica lecture brought to us by the current POTUS. The Democrat messaging in the run up and aftermath of this speech appalled me. I never thought I would see an American POTUS and his comrades announce that anyone who does not agree with them is “an extremist”, a “semi-fascist”, and a “domestic terrorist”. I know my history and this ain’t good.

I thought EricSteel’s quote best summed it up:
If you ever wondered, how the German people let the holocaust happen? Look around today. In his speech last night, if Joe Biden had announced that he was ordering the US military to round up Trump and anyone who follows him, with deadly force if necessary. Does anyone think that the majority of the Democratic party would be against it?

Pray for our country. 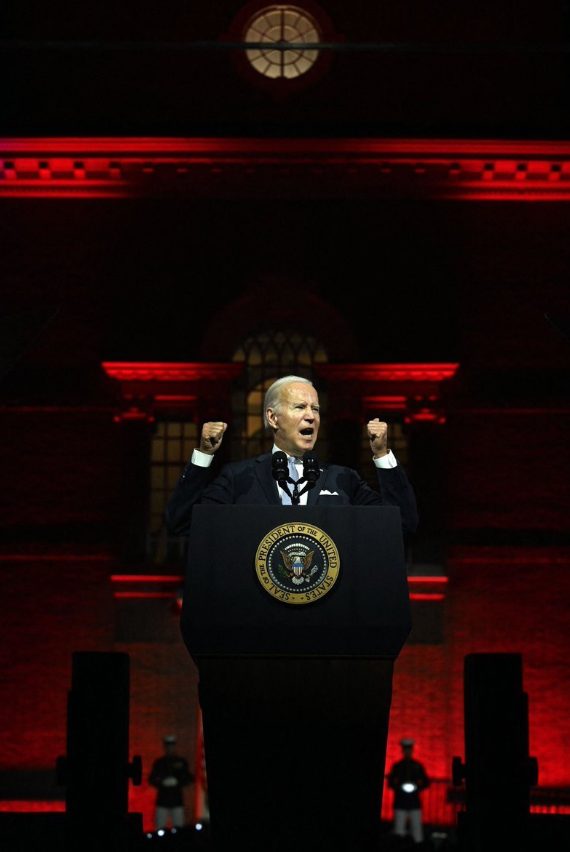 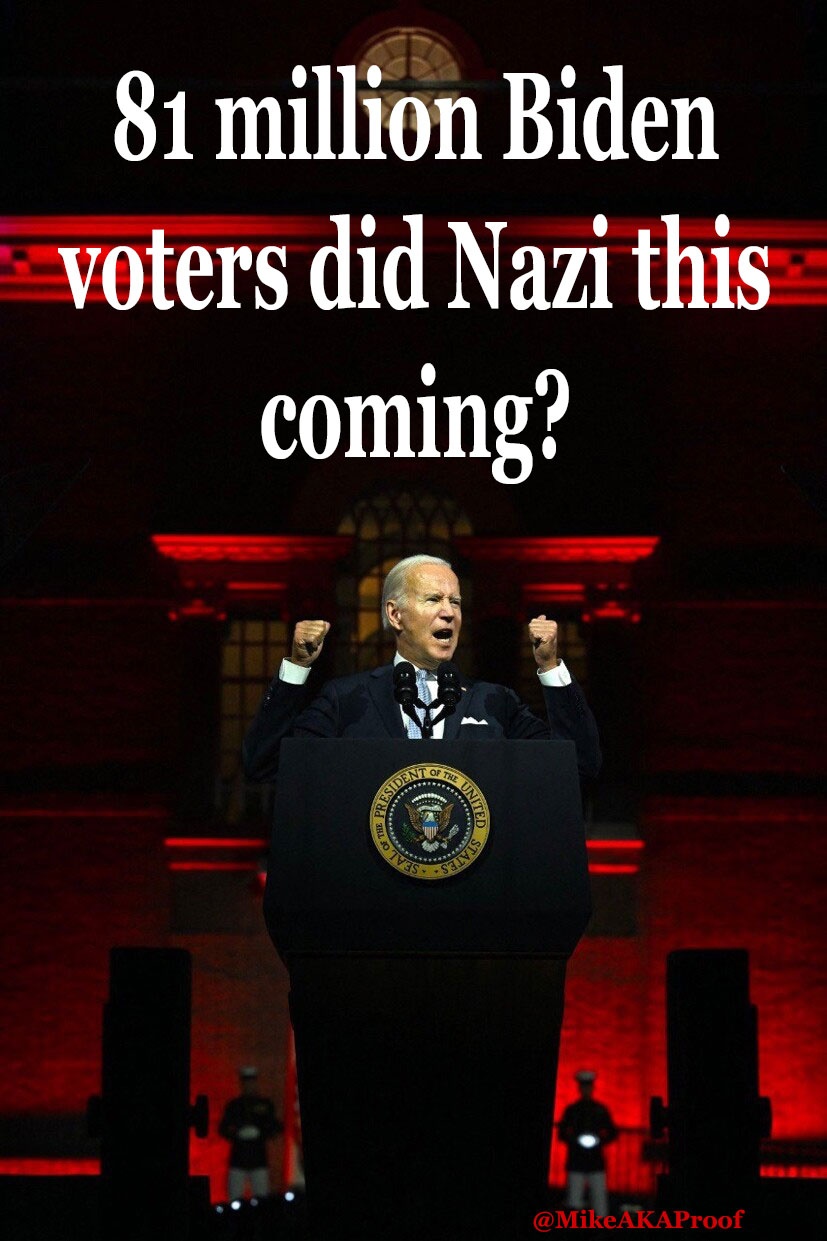 3) (2klbofun) – “It sounded much better in the original German.”

(KaptainKrude) – “Today is the end of the Republic. The end of a regime that acquiesces to disorder. At this very moment in a system far from here, the New Republic lies to the galaxy while secretly supporting the treachery of the rogues of the Resistance. This fierce machine which you have built, upon which we stand will bring an end to the Senate, to their cherished fleet. All remaining systems will bow to the First Order and will remember this as the last day of the Republic!”

5) (patriciamcc) – “And now an aria from Don Giovanni; Don Juan descends into Hell where he belongs.”

(RickAdams) – “The last time I watched a speech like this it was in German.”

Best use of the MAGA Caption of Choice: (Sort of…)

(cathymv) – “At this point… maybe Hillary might not have been that bad…..”

(Par4Course) – “Fact check: Not comparable – Hitler had a mustache.”

Please allow me to introduce myself
I’m a man of ill-gotten wealth and taste
I’ve been around for a long, long years
Stole million man’s soul an faith

Pleased to meet you
Umm, I forgot my name
But what I’m here to do
Is to rant and blame

Let me please introduce myself
I’m a man whose son smokes crack
And I patronize all the minorities
Who if they don’t vote for me, they ain’t black”