This week’s Weekend Caption Contest™ features a photo so memorable that we hit over 300 comments on the thread! Triple winners! Get ready for the new monkeypox category next week! 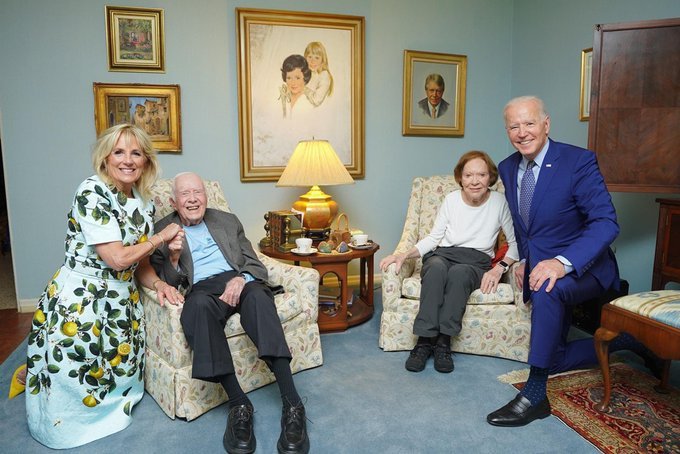 (RockThisTown) – “Millions upon millions of people were harmed in the making of this photo.”

(Mary Gehman) – ““Joe…you say you found the Fountain of Youth???”
“No, Jimmy…I founded the Ministry of Truth, and that’s just as good…””

(BluesHarper) – ““SWINGERS”” AND (ulley) – “The Bidens meet some familiar faces at the swingers club.”

3) (Retired military) – “Here we have 2 of the 3 worst presidents in US History. All we need is Obama for the Hat Trick”

(Mike) – ““You know, Jill, here on Sesame Street, the Muppets get more lifelike every time we visit!””

(yetanotherjohn) – “Boy the way Led Zeppelin played
Songs that made the hit parade.
Guys like us we had it made,
Those were the days.

And you knew your gender then,
Girls were girls and men were men,
Mister we could use a man
Like Ronal Reagan again.

Didn’t need no welfare state,
Everybody pulled his weight.
Gee our old LaSabre ran great.
Those were the days.”

(Tom Morrow) – “I’m a bigger failure than you, Jimmy, in every sense of the word.”

(Mary Gehman) – “Joe: “Nice to meet ya’, Yoda…I did NOT know you were married…could you introduce me to your husband…???””

(rodney dill) – “These two will soon pass and be gone, but Hillary never being President is forever.”

Wizbang Weekend Caption Contest™
It Was Hillary All Along 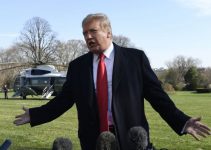