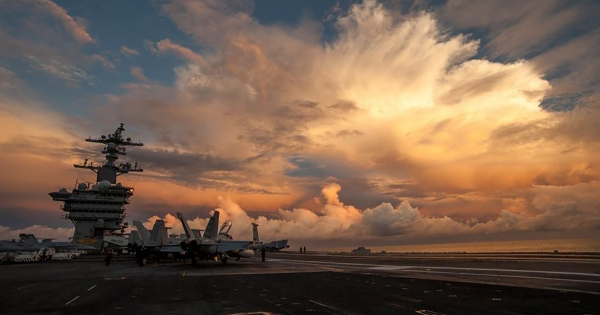 Twenty years ago today, an evil plan culminated in the deaths of nearly three thousand Americans, in what became known simply as 9/11. The plan was evil, because it depended on targeting innocent people, including millions of decent people in the Middle East, in the belief that American will would fail or become corrupted. In the past few weeks, the enemy has gained control of Afghanistan and nearly $85 billion worth of US weapons, in part due to the moral cowardice of the Biden Administration, but also abetted by the Left’s contempt for American Exceptionalism.

Doubling down on the worry and fears of the day, the Left now wants to sell the lie that going to Afghanistan in the first place was wrong, and that there is no reason for American troops to be in the Middle East. These are the damned speaking, who sold their souls for political expediency and hope to drag down America in the process.

They will fail, as they have always failed.

There is a God, and He still uses the United States as His instrument when angry. Those who would destroy families and murder innocents to advance their personal goals offend Him to action, and our war in Afghanistan, as costly and painful as it was, was right and just. It was only the shameful character of Biden’s policies which bring dishonor in the matter of Afghanistan, but God will see righteous leaders return to the White House, and will use our military as He does warrior angels.

The damned ought to fear the wrath of those angels, for they are gone only for the moment. They do not forget their purpose, they have not lost their resolve.