This week’s Weekend Caption Contest™ inspired a deluge of comments. As we went over the magic 300 number, we have triple winners! I appreciated everyone’s efforts this week given how dark our day to day American experience currently is. God watch over our fallen soldiers and their families. (McGeehee) – ““Kasim, do you mind not pointing that rifle at our Fourth Esteemed Holy Chairperson of the Blessed Once and Future Caliphate?”

“All hail the Fifth Esteemed Holy Chairperson of the Blessed Once and Future Caliphate!””

(Joe_Miller) – ““Mohammadi, there’s a woman outside demanding to speak to the manager. She says her name is Karen.””

(RockThisTown) – “‘This meeting of the Kabul Chapter of ‘Death to America’ has a quorum & will now come to order. First item on the agenda is . . . Death to America.’” 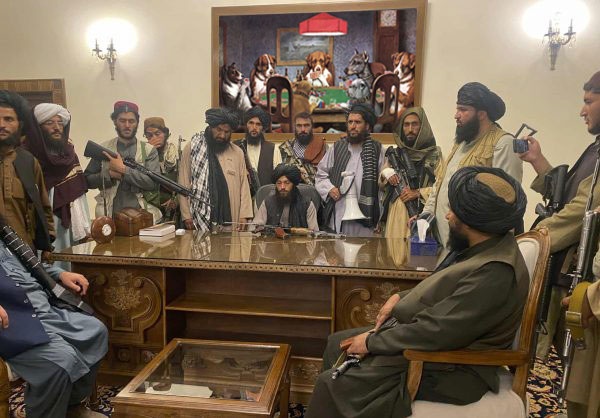 (Par4Course) – “Before we get into the Death to America stuff, let’s go around the room and have everyone state their pronouns.”

Instead, he’s just giving them what they want.”

6) (Tom Morrow) – ““Now let’s troll them by doing a pose of the signing of the Declaration of Independence!””

(RadiCalMan) – “The “Guantanamo Fourteen”: Ok, we’ve got the gang back together boys!
”

(KaptainKrude) – ““Okay, okay. Here’s one. Tell President Sleepy that the only way that we will accept his terms is if he steps down, and Hillary Clinton becomes President.”

The evil cackle that answered him chilled many a man’s blood that night, and the survivors would all wake up in a cold sweat screaming,”there’s no way Hillary Clinton will ever be President!””

(Mary Gehman) – “They stole those bath towels from ‘Bed, Blood-Bath and Beyond’…”

(engineer) – “Ahmed: “What goat do I have to blow around here to be the leader?”
Muhammod: “Hillary.”
Ahmed: “I am volunteering for suicide bomber duty.”” 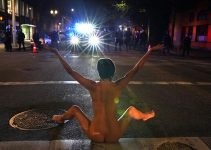