This week’s Weekend Caption Contest™ features a long time favorite. Just as long as I didn’t have to look at Biden or Cuomo’s faces. 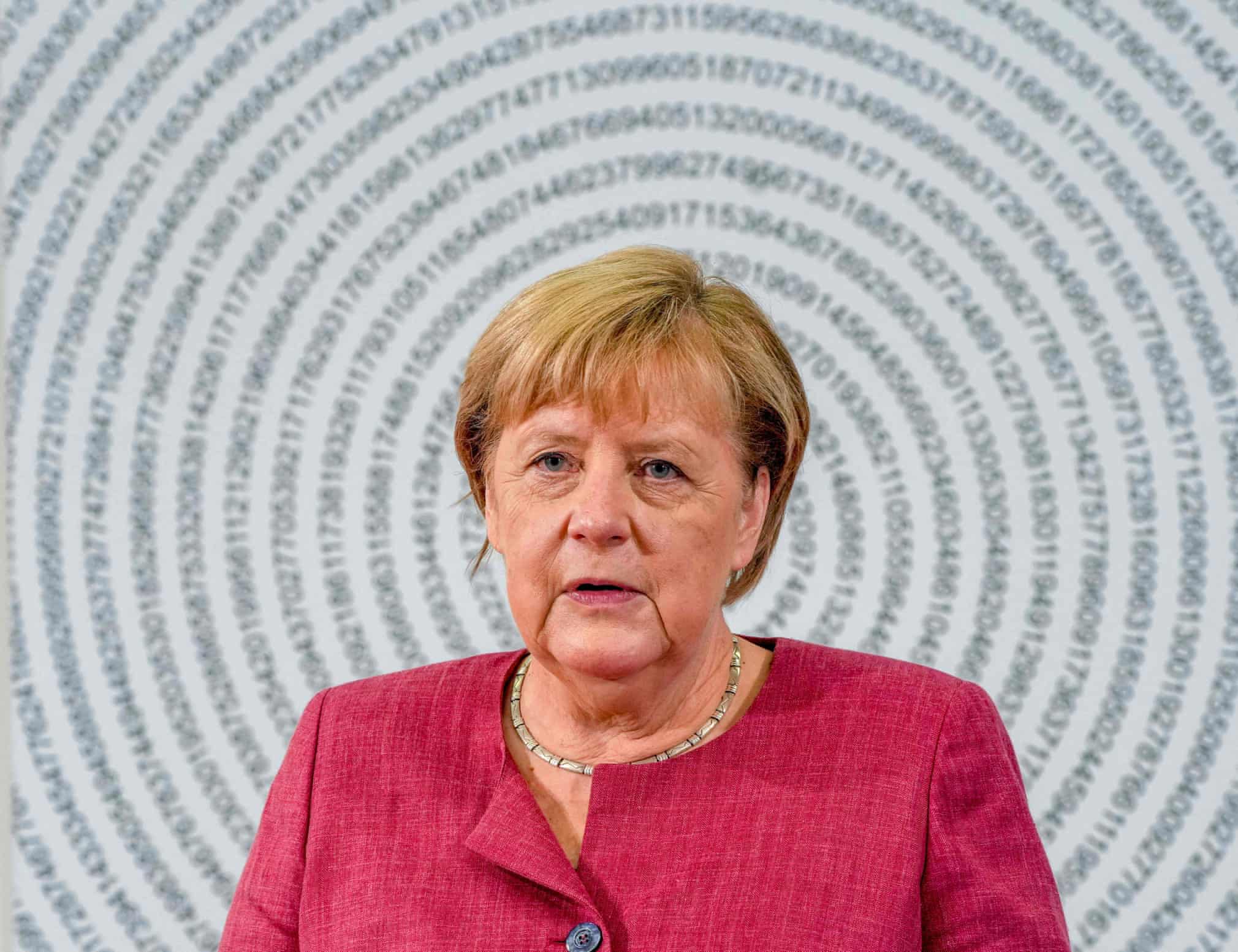 1) (fustian24) – “The realization that Trump was far superior to Biden in every way just hit Merkel with a bang!”

(yetanotherjohn) – “Angela keeps adding up the numbers, but it is the same every time … Trump really did win.”

(Kaptain Krude) – ““I feel I must tell you, we didn’t start der fuhrer, it was always burning, since the world’s been turning.””

6) (Mike) – “The answer is “pi”. Putting “Cutie” in front of it gets you an all expense paid weekend in Dusseldorf!”

(RockThisTown) – ““The chart behind me is a digital diagram of one of Joe’s sentences.””

(cathymv) – “Merkel calculating the chance of Hillary becoming President to the nth degree!”