This week’s Weekend Caption Contest™ features two stalwarts of the Democrat party. And you wondered how they would ever replace Teddy Kennedy. Enough said. 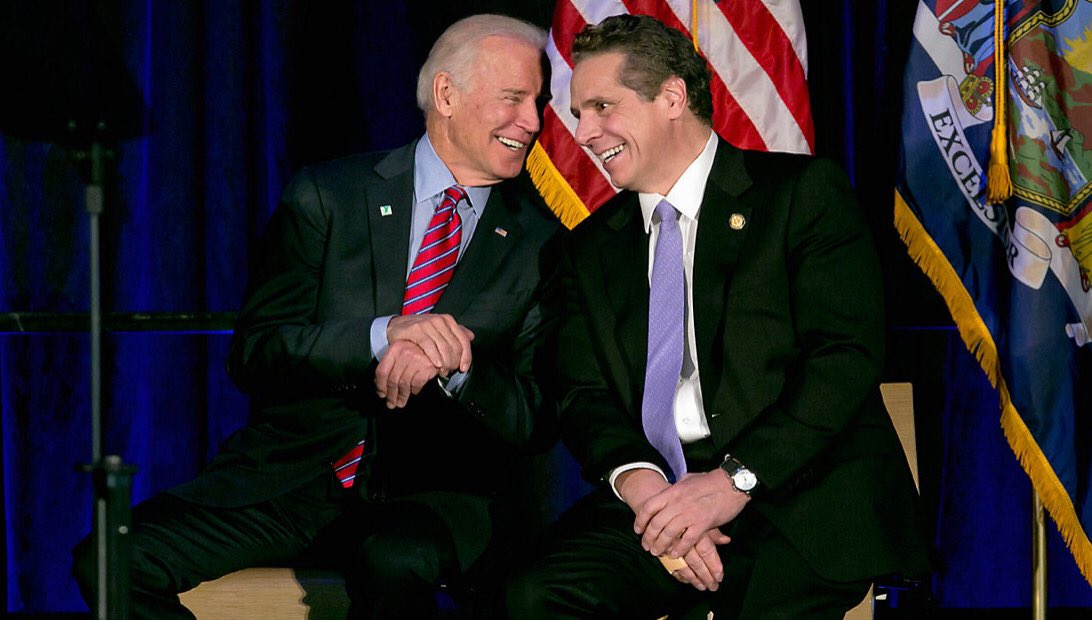 Cuomo “No you are the 46th President”

(RadiCalMan) – “Andy, guess what side of the bus you’re gonna’ see… The shiny side, the cushy interior, or the undersides!”

5) (cathymv) – “Comparing death counts….. knowing that Hillary will still have more than the two of them together.”

(Joe_Miller) – “You need a camera with a fast shutter speed to capture both of these guys without their hands on somebody else.”

Sure, right after you close the border.”

(RockThisTown) – “The meeting of Guys Who Will Never Be Legitimately Elected President will now come to order.”

(Everyone) – Pick a caption.

(McGeehee) – ““Andy, you have a lot in common with Hillary.”

“Except I will be president someday.”

(rodney dill) – “Clinton’s morality is multiplied by the square root of negative one.”

(KaptainKrude) – ““So she says, who I have to blow to get to be Vice President? And you know what I told her?”
I don’t know, Joe, what did you tell her?
“Trumnalimunumaprzure! Ha ha ha ha! Isn’t that funny?”
Yeah, Joe. Very funny.”

(yetanotherjohn) – “How about you and I split a six pack of Scottish dancers?”