This week’s Weekend Caption Contest™ reminds us how much we share with Great Britain. Especially when it comes to that intersection of twits and leaders… 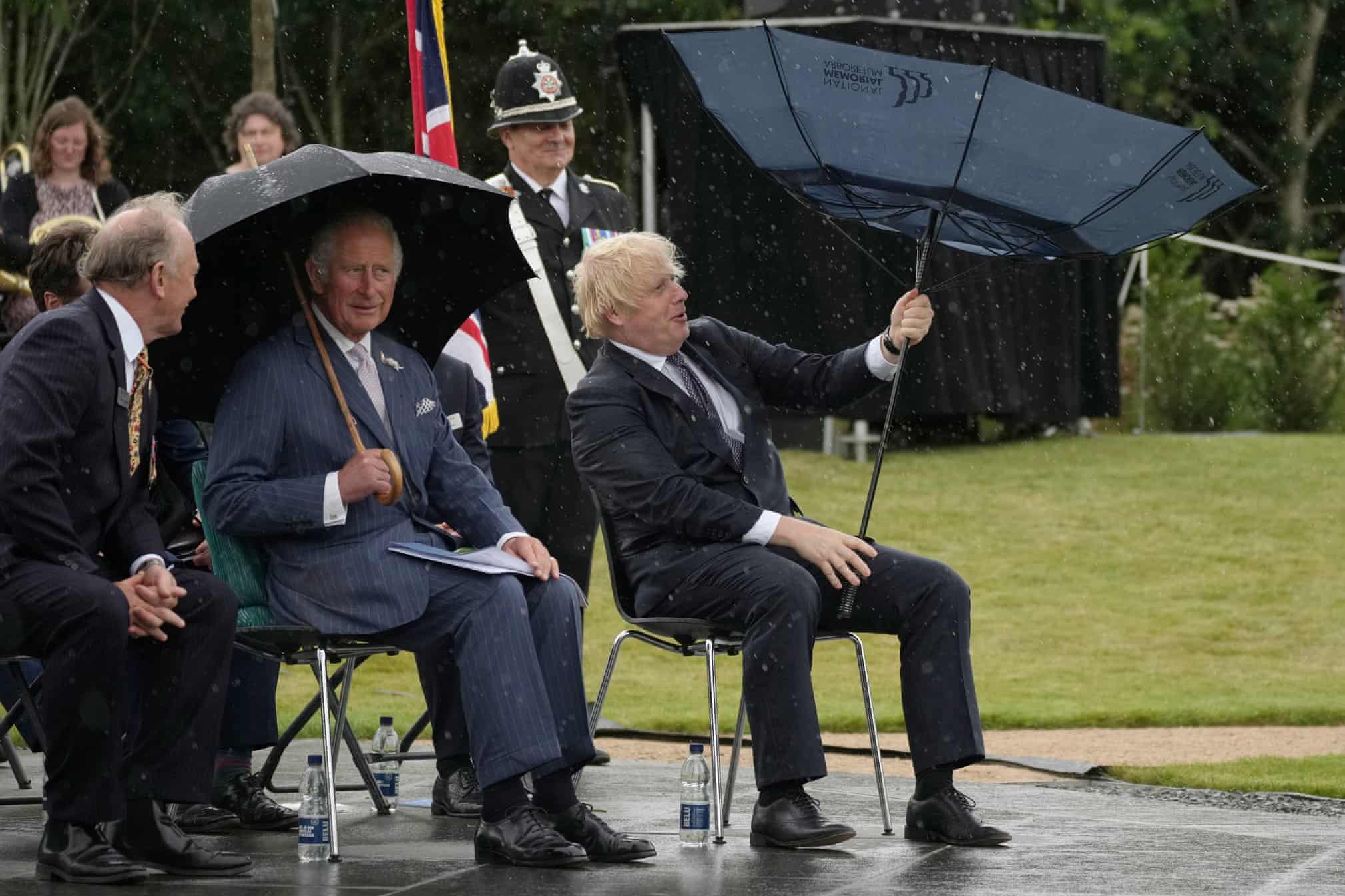 2) (Tom Morrow) – “I see that Boris is as adept at opening umbrellas as he is at making intelligent COVID policy.”

(cathymv) – “This is what happens when you don’t have the Marines holding your umbrella for you.”

(fustian24) – “ dunno about their pronouns, but I believe they identify as “twits”.”

6) (Paul Hooson) – “And, now for something completely different from the Bureau Of Silly Umbrellas…”

Turns out I left Airplane mode on.”

(RockThisTown) – “And we thought we had a leader who makes a bloody spectacle of himself . . .”

(Retired military) – “Man standing “Who do I have to blow to get a seat around here?”

(Mary Gehman) – ““…at least I’m not launching a giant penis into space…”
(I thought I’d already typed this caption, but it seemed to disappear???)”