This week’s Weekend Caption Contest™ has just so many levels of wrong. And you all seemed to find every one! 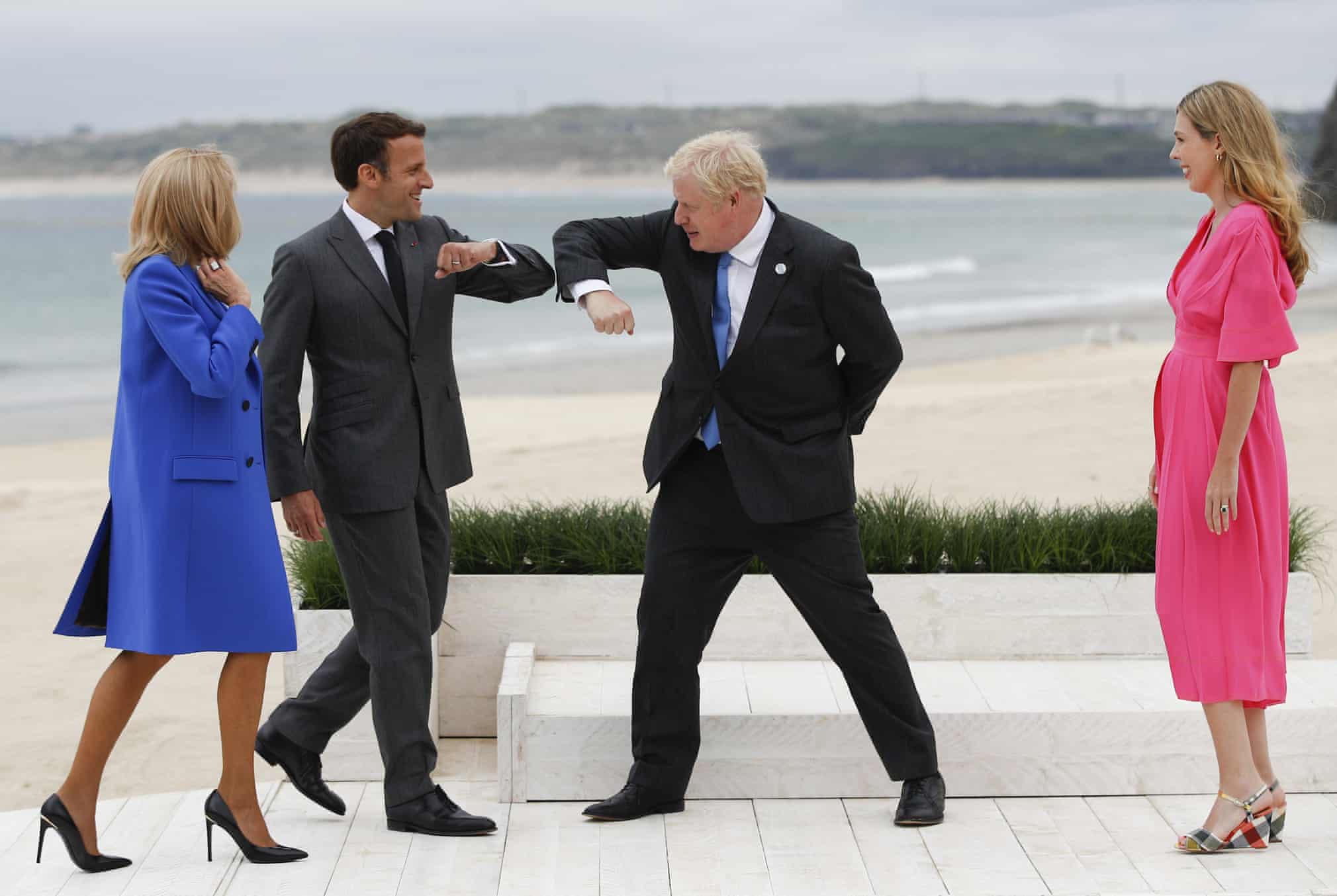 (fustian24) – “Biden would have been here but the elbow bump is beyond his current motor skills.”

(rodney dill) – ““Ever dance with the Devil in the pale moonlight?”
“Nope, uh… I don’t think Hillary was even invited.””

3) (Rick Adams) – “Allemande left with the corner maid,
Meet your own and promenade.”

(KaptainKrude) – “Left to right (no, not politically):

“Oh, that sets my girlish heart a-flutter! Somebody’s going to be getting a special gift tonight: a sweater!”
“Zis iz ze way my forefathers would have confronted one of zees English pig: behind a thick shield, underneath the honorable white flag of surrender!”
“Crikey! That’s the mate who had the taste slapped out of his mouth by some wanker! I should give ‘im the advice me father gave me: orv wi’ ‘is head!”
“This is the worst sword fight I’ve ever seen!””

(Mike) – ““Your mother was a hamster, and your father smelt of elderberries!””

Round 1: Pepe Le Pew vs Boris the Spider”

6) (guido81_MA) – “Johnson & Macron demonstrate effective Anti-Sniffing maneuvers to their wives prior to meeting with Joe Biden.”

(ulley) – “Nobody told us that Pritt Stick wasn`t an underarm deodorant.”

(Brian Brandt) – “Macron: “Hey, Boris, congratulations on your hot babe!”
Johnson: “Thanks Emmanuel, congrats to you for snagging her grandmother!””

(RockThisTown) – “Joe would be there, except he called a lid on the G7 at G three-and-a-half.”

(McGeehee’s Vast Mustache) – ““Will Hillary Clinton ever be President of France?”

(Paul Hooson) and (yetanotherjohn) for their incredible Toobin banter

(Retired military) – “Woman in Pink “Who do I have to blow to get a young good looking man in my life?””