This week’s Weekend Caption Contest™ celebrates Joe Biden reaching the wonderful accomplishment of taking up space in yet another useless fashion. 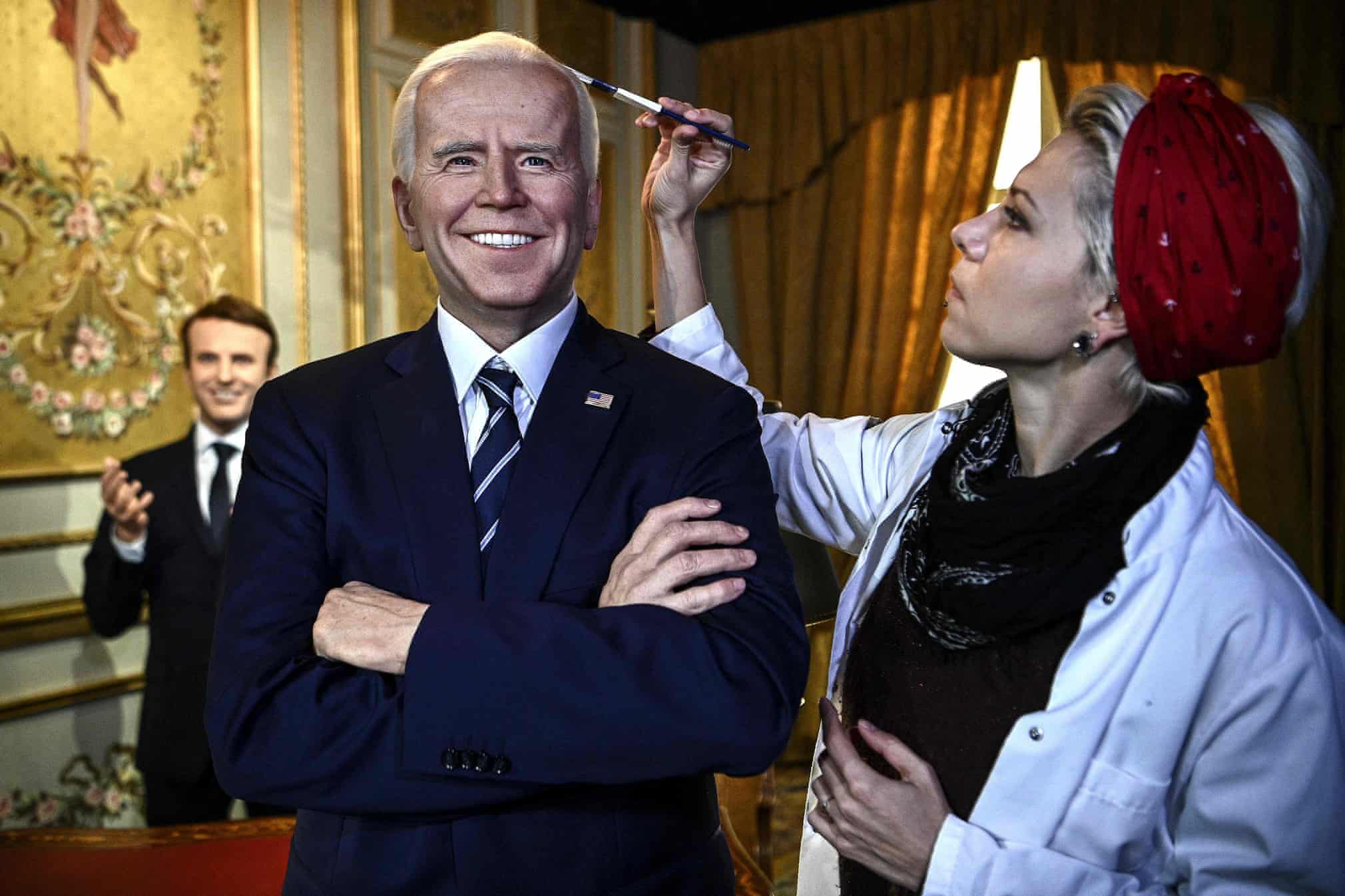 1) (guido81_MA) – “If they put a wick on the top of his head, there’s a potential that they could make him appear to be bright.”

(rodney dill) – “He’ll be placed right where he belongs. In the Wacks Museum.”

(Rick Adams) – “Pull the string to hear one of 40 catchphrases!

3) (RadiCalMan) – “It’s just not a good likeness. He should be smelling her hair and pinching her butt!”

4)(fustian24) – “Biden insisted that his wax figure be vaccinated before it could shown without a mask.”

5) (KaptainKrude) – “I’ve never seen a statue that was smarter than the original source material.”

6) (McGeehee’s Dispirited whatever) – “If only they could put him on “pause” for more than a touch-up by his official taxidermist.”

(Brian Brandt) – “When do they place the little cartoon stars and question marks that fly around his head?”

(Joe_Miller) – “Unlike the original, this one’s almost life-like.”

(EricSteel) – “There will never be a wax statue of President Hillary Clinton.”