This week’s Weekend Caption Contest™ featured a photo that screamed Caption Contest the minute I saw it! Not surprisingly, we have no way of picking one “Most Inappropriate” this week so consider yourselves all winners in that category. 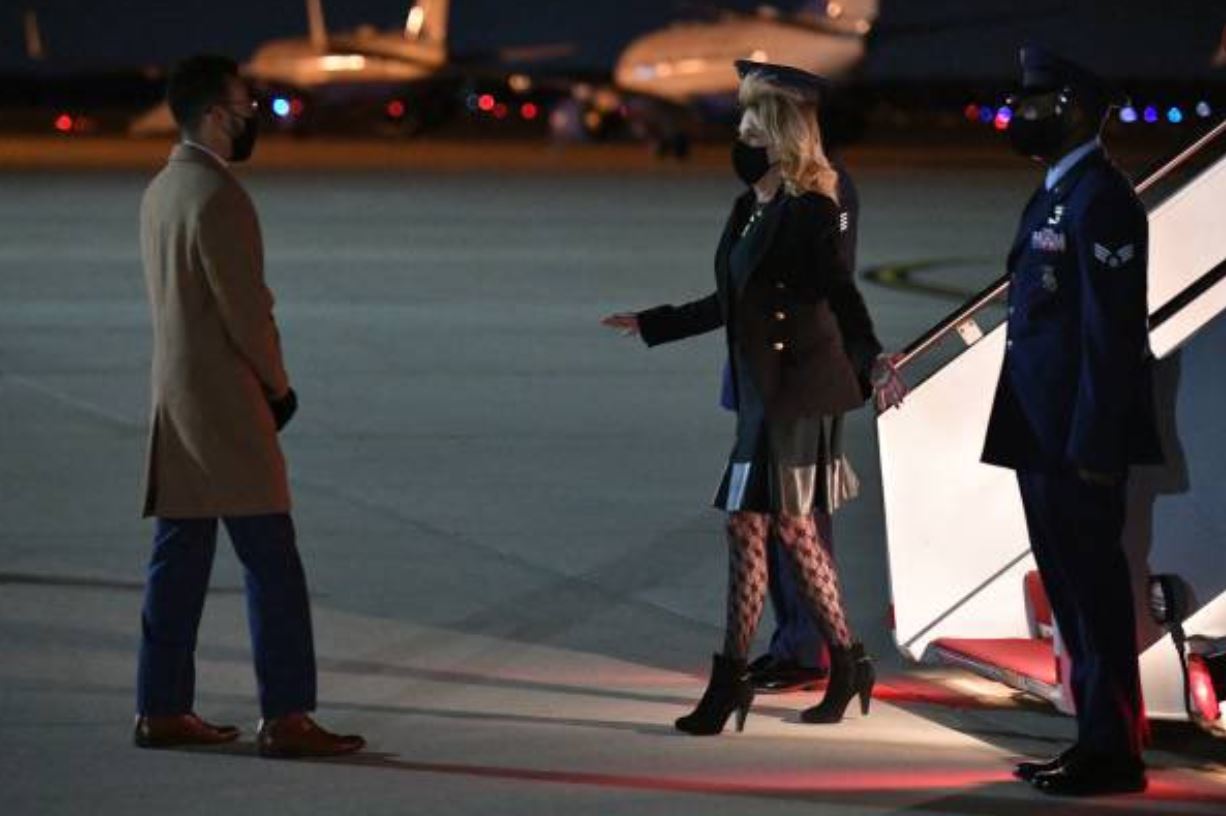 1) (Brian Brandt) – “MSNBC commentator – I am shocked by this disgraceful display of immodesty by Melania Trump!

MSNBC commentator – My, isn’t she lovely!”

AND one more (since we don’t have the Most Inappropriate Category this week):

(RockThisTown) – “The Spread Eagle has Landed.”

(fustian24) – “As the President and First Broad deplane…”

(Rick Adams) – “The British have a term for this: “Mutton dressed as lamb.””

4)(patriciamcc) – “Dr. Jill’s tragic fashion sense on display. Someone please remind her that she is no longer in middle school.”

(Paul Hooson) – ““My God, Jill! You’re not going to wear that to see Jimmy Carter are you? He’s a Sunday School teacher and old too!”.”

(yetanotherjohn) – “Is sex in an airplane lavatory infrastructure? Asking for a friend.”

(Retired military) – “Skank singular. HIllary nor Kamala was nowhere to be found.”

(KaptainKrude) – ““Okay, I’m ready to meet with our enemies now. I got a lot of pointers from Kamala. Oh, speaking of, did you see where I left my kneepads?””