I reported Saturday on the Lowndes County GOP Convention and the interesting results of it.  I neglected to mention the Guest Speaker, who arrived after the business was completed.  Our Guest speaker was the man who hopes to replace Kemp as Governor of the great state of Georgia.

Former Georgia state Rep. Vernon Jones is running for governor of Georgia, reports OANN. the Democrat-turned-Republican wants to give the people of Georgia a conservative alternative to incumbent Gov. Brian Kemp. 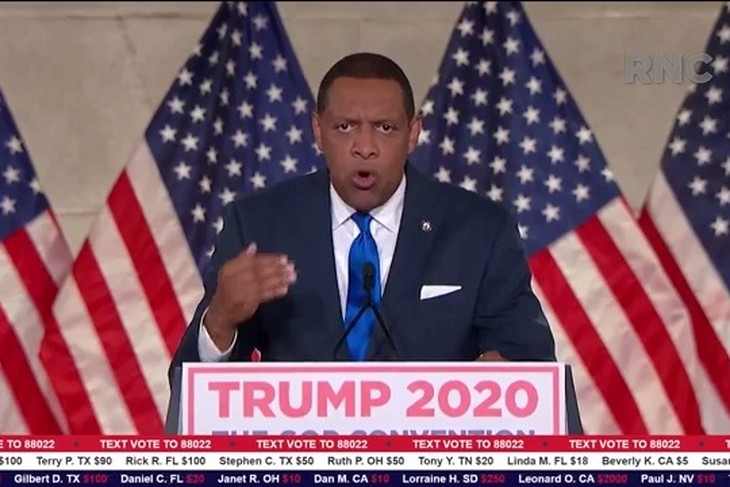 Jones held his first campaign rally on Friday at Liberty Plaza in Georgia’s Capitol, where he accused Kemp of failing to administer a secure election, effectively blaming him for Biden’s state-certified victory.

“They believe that I can and I will beat Stacey Abrams. They know it. Georgians know it. Why? Because I’m unbought, I’m unbossed and the left, the Democrats, and the liberal media cannot play that race card with me,” Jones said when he announced his candidacy. “I dare you to. Let’s go. I am pro-Second Amendment. I am pro-life and I will work with anyone who is willing to put Georgia first.”

Jones has been a strong ally to President Trump, and promised to continue the fight for Trump’s “America First” agenda. He’s teased the possibility of running for some time now. Back in March, he said he was “looking closely” at challenging Kemp, whom he blames for Trump’s defeat in the Peach State.

His second campaign stop was speaking to us Saturday morning.  We (the Delegates to the convention) found him compelling and a good candidate to replace the failure currently serving in that office.