THE CHAUVIN TRIAL SO FAR

Here in Minnesota and around the country, all eyes are on the trial of former Minneapolis police officer Derek Chauvin for the alleged murder of George Floyd. We are nearing the end of the prosecution’s case, so this is perhaps an opportune moment to assess what has happened so far. While not listening to every moment of the testimony, I have followed the trial closely. Much could be said, but here are a few big-picture observations:

For my own part, I have not been following this closely.  Minnesota is a long way away and goings on in blue cities such as Minneapolis (or Atlanta) are enemy enclaves.  As such I read John’s observations with fresh eyes.

* The state preemptively showed the officers’ body cam videos that revealed, not just the last minutes while Floyd was being restrained on the street, but the 20 minutes or so that preceded. This was certainly a revelation to most or all of the jurors. Based on their answers during jury selection, they had all seen the famous last nine minutes that were posted on social media by a bystander, but had no idea of how George Floyd, big and strong and out of his mind on drugs, had battled police officers to a standoff, culminating in their acceding to his demand that he lie on the street rather than sit in the back of their squad car while waiting for an ambulance. Jurors also were probably surprised to learn that Floyd had been foaming at the mouth and complaining of not being able to breathe from the moment when officers came on the scene.

Reminds me of Rodney King and Michael Brown…  The more we see of the evidence, the worse the media narrative looks.

* George Floyd’s girlfriend was a key witness. The state tried to present her as a let’s-go-for-a-walk-in-the-park flower child, but it soon became evident on cross-examination that she and Floyd were drug addicts. This was the first time the jury learned that Floyd’s death may have been caused by a fentanyl overdose, not by police officers kneeling on him. In fact, Floyd overdosed on fentanyl in March, just two months before his death, and spent five days in the hospital. Perhaps he took just a little bit more, a fatal overdose, in May.

Can you say “Reasonable Doubt?”

* So the state has effectively reduced its claims against Chauvin from nine minutes to four. I am willing to believe that it would have been better practice for Chauvin and the others to get off Floyd at some point, but seriously: failure to get off a guy who is crazed with drugs and has been battling with officers for 15 minutes, and more or less winning, is murder? or manslaughter? I don’t think that is an easy sell.

For my part, based on what I have seen to date, if I were a juror on this trial I would find no criminal fault with Mister Chauvin.  And I don’t really care if the blue cities burn themselves to the ground. 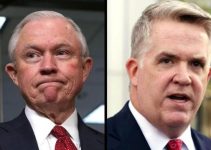