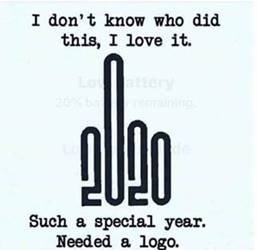 Carrying over from Election 2016, the dhimmocrats continued their “Russian Collusion” hoax to the bitter end.  Their unfounded and baseless accusations and investigations failed miserably.  A fact they have still not come to terms with.

The CCP Corona Virus also failed to bring the dire health consequences the dhimmocrats predicted, though they did manage to hobble the economy (baselessly again) as the blue states they control shut down, as their dhimmocrat Governors revealed themselves to be dictatorial despots.

The dhimmocrats greatest “achievement” was allowing the derp state to select their Presidential nominee, and then preparing the ground for unprecedented electoral fraud in six key battlegound states.

And for those still denying the blatant fraud:

By Paul Bedard, the Washington Times

An analysis of the 2020 presidential vote suggests that there were 289,000 “excess” votes for Joe Biden in states his victory over President Trump was small, and that differences in votes by neighbors were “suspicious.”

The study by economist John R. Lott Jr., noted for his statistical analysis of guns in America, called into question the victories declared for Biden in Pennsylvania and Georgia and cast a cloud over those in Nevada, Arizona, Michigan, and Wisconsin.

“The precinct level estimates for Georgia and Pennsylvania indicate that vote fraud may account for Biden’s win in both states. The voter turnout rate data also indicates that there are significant excess votes in Arizona, Michigan, Nevada, and Wisconsin as well,” wrote Lott in his report tweeted earlier today by Trump.

And for those still in denial, a live hack into Dominion Voting Equipment during Georgia legislative hearings on the matter:

This is rather remarkable.  In real time, during live testimony before a Georgia Senate Committee, a witness testifies to using Wifi capbility to enter the Fulton County voting system via the internet while the hearing was ongoing.  WATCH:

Yeah, we know.  You’ll believe the narrative over your own lying eyes…