Home
2020 Election
The Mess We Should Have Seen Coming 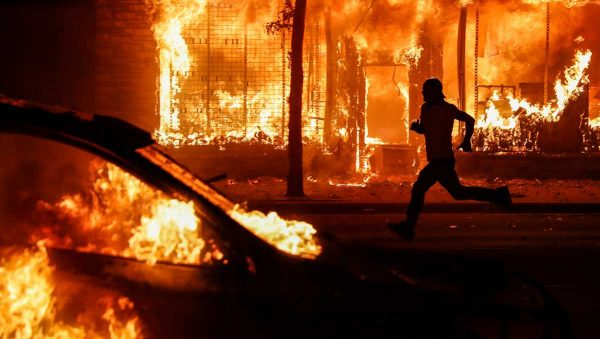 As Thanksgiving ends, we enter the season of Christmas. Time for peace and love and goodwill towards our fellow men. But this being 2020, we can’t have nice things that easy. The 2020 federal elections are not yet done. We still have two Senate races to decide, which may decide control of the U.S. Senate, and while the media assures us Joe Biden won the Presidential election, many questions are still unanswered there and there is still a small chance that President Trump will be able to claim a second term.

Of course, whatever comes of the court challenges, there will be chaos and in all probability, violence.

And no, that will not be the fault of Donald Trump. It will be the fault of politicians who profit from the misery of ordinary people. It is the fault of the people who inspired riots in Milwaukee and Atlanta and Detroit and Kenosha and Portland and so on. It is the fault of people who blamed the police in general for the crimes of a few individuals, and for things they never did at all. It is the fault of politicians who ‘never let a crisis go to waste’, as they made sure to blame the President for everything they imagined was wrong with the world – and let’s not forget that the same people demanding we support Biden for the sake of unity now, never offered fair congratulations, much less support, to President Trump after his win. The Left chose to be venomous, and it’s simply too late for them to pretend we will forget their revealed character.

We have been warned for years that this chaos was coming. The Democrats planned it and did everything they could to make it happen. This evil time was designed by the Left.