This week’s Weekend Caption Contest™ is brought to you by every antacid known to mankind. And plualcultrudagacoutable, badakathcare, and trunalimunumaprzure. 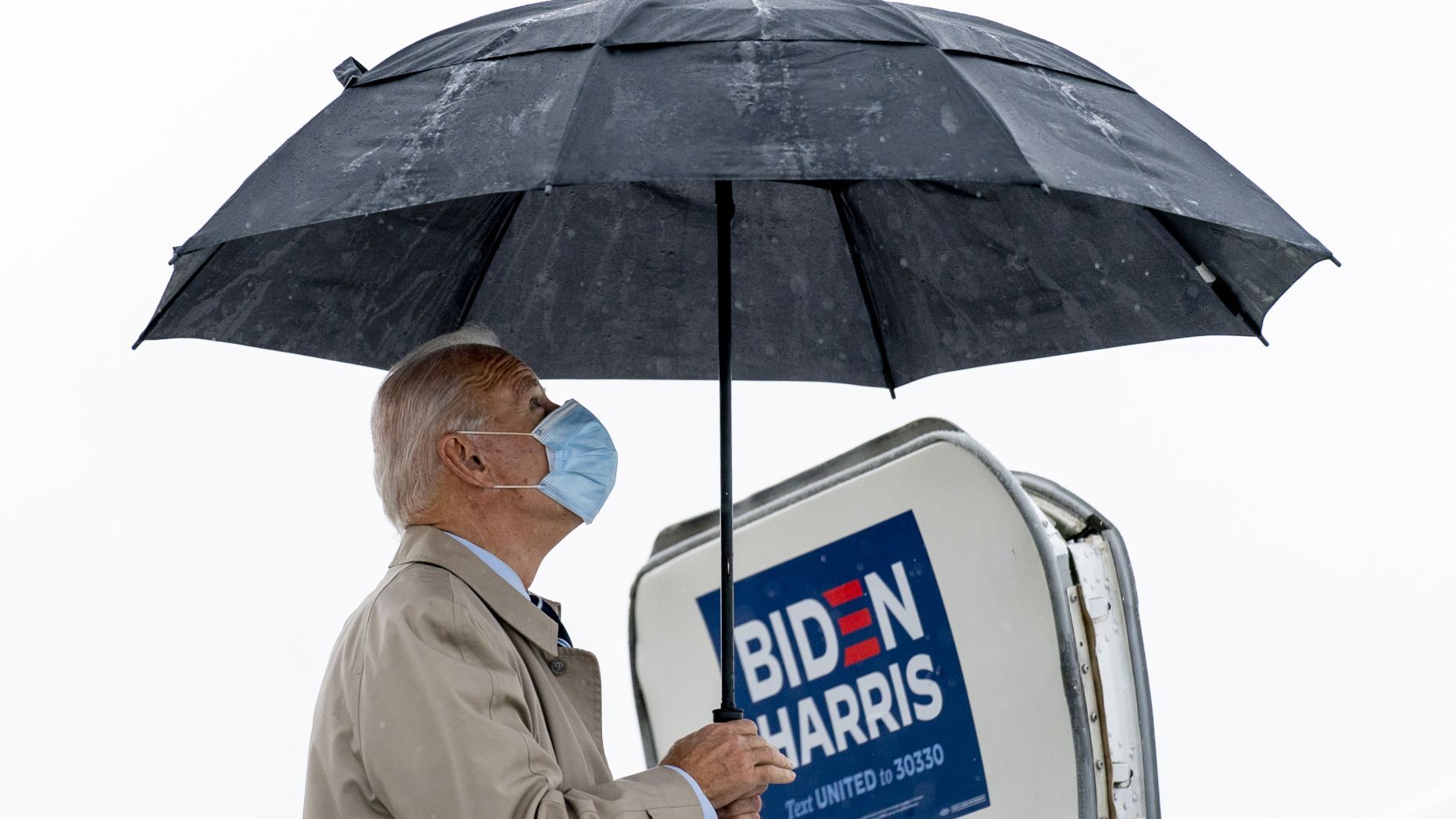 Julius Caesar – “I came, I saw, I conquered.”
Winston Churchill – “I have nothing to offer but blood, toil, tears, and sweat.”
John Kennedy – “Ask not what your country can do for you, but what you can do for your country.”
Donald Trump – “Covfefe!”
Joe Biden – “. . . trunalimunumaprzure . . .””

(fustian24) – “The secret service calls him the Delaware Blue. He’s not campaigning. They think he might be pining for the fjords!”

(Mary Gehman) – “If a man speaks with a mask on under an umbrella, and there are no voters there to hear it…does he still make a gaffe…???”

4)(EricSteel) – “This black umbrella is leaking, just like the black vote.”

I’m JOE BIDEN
I’m running for PRESIDENT.
I LOVE America
If anyone says the word HUNTER they are a DOG FACED PONY SOLDIER
REPEAT”

(sarahconnor2) – “Good thing he had that…thing to protect him from the….things falling from…the thing.” (Thanks, everyone!)

(yetanotherjohn) – “Quick, get a long haired girl child and see if you can lure him in.”

(Retired military) – “Biden “It could be worse. I could be Hillary. She will never be President. At least I have a chance””

(cathymv) – “With Biden, it would be betaphors…. there is nothing meta about Biden”