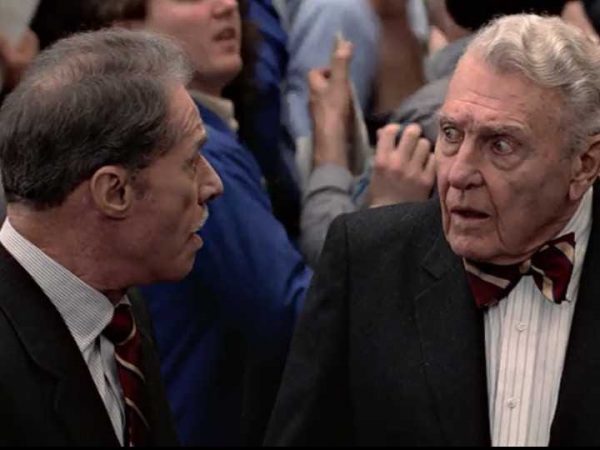 Anyone following the election is aware that the media polls are a big part of debate – Democrats argue that the ‘polls don’t lie’, and this means Biden is going to win big, while Republicans argue that the polls are ridiculously wrong, that Trump’s approval numbers, the recovering economy and the enthusiasm advantage all show that Trump is in position to win re-election, possibly in an electoral landslide. Captain Obvious reminds us that at least one of those aides has to be wrong. But I think there are a lot of people who don’t really understand polls, possibly including people who work on polls themselves.

To see what I mean, take a virtual trip back to October 2016. The national polls all show Clinton with a lead, many in double-digits, and the state polls also project an easy Clinton win. But during the last few days before the election, the two campaigns follow different tactics. Apparently comfortable with her leads in in ‘blue’ states, Clinton travels to Arizona and Texas to see if she can swing those states, causing media to speculate about how high Clinton might be able to ‘run up the score’. For his part, Trump travels to the Rust Belt to go after Michigan, Wisconsin, and Pennsylvania. The media all but laughs at the naïve idea that Trump could change those states. We know the outcome – neither Arizona nor Texas went blue, but Trump won the Rust Belt to claim the White House.

So what happened? If you pay attention to Hillary Clinton’s book by the same title, even three years later the Democrats’ nominee still does not understand what went wrong. Given statements made by campaign workers in the Rust Belt, the national campaign was warned about the need for Clinton to make more appearances to boost support, yet the national campaign did not respond. Whether Trump’s decision to target PA/MI/WI was lucky or very good analysis, that decision was clearly pivotal. This means that whatever else the polls want to say, the battleground states were absolutely misread by pollsters.

This is a long way of explaining why campaigns use internal polling. Media polls are always going to try to please the sponsor first, which means that getting the call right may not be Job One. Internal polls are used by campaigns to develop strategy, isolate strengths and weaknesses, and make mid-season changes to clinch the win. Internal polls are often used at state level, even local levels, to address tipping points. It appears that there was a disconnect between state-level campaigns and the national campaign for Clinton in 2016, and this led to serious consequences.

But for whatever reason, it appears that the Clinton campaign never sat down and did a serious post-election analysis of what happened, and so those lessons were not available for the Democrats this time. Trump, on the other hand, is well aware of what worked in 2016 and what did not. While the media likes to claim that Trump throws away his talent when he gets bored with them, the truth is that a lot of people who worked for Trump in 2016 are still very loyal to him, and happy to help him win re-election. It should be apparent that Trump’s general strategy is to look for swing states he can win, versus Biden’s apparent strategy to just run a national campaign with no real distinction for swing states.

Here’s what I mean. Presidential campaigns are different from other elections, in that the White House campaign means running in fifty-six separate venues. That’s the fifty states, plus DC, and five congressional districts in Nebraska and Maine worth one EV each. It can be dizzying to try to pay close attention to all of those elections, and history shows it can even be a mistake – Nixon made a point of visiting all fifty states in 1960 for example, which did not appear to gain him any advantage in swing states, but diluted his energy and resources instead. So some candidates simply try to build up a national image and hope it is popular enough to win the 270 votes or more needed to claim the White House. That’s basically what Nixon did in 1972, and Reagan in 1980. So there is history to support Biden’s decision to just sell a single national-focused story.

Trump, on the other hand, understands that because there are more Democrats than Republicans, especially in states like California, New York and Illinois, it’s important for the Republican nominee to protect the states he holds and know which states can be won with the right argument. As a result, Biden’s campaign is built on arguments he believes will appeal to all Americans, while Trump’s campaign is built on understanding regional and demographic priorities.

This created a big problem for media polls. Polls have to be designed for the people being polled, but in this election those fall into widely disparate groups. Small wonder, though, that polls based on national audience would choose to focus on a national pool of respondents, but that by definition implies that focus on Trump’s base would be missed in favor of focus on Biden’s base. Such a poll would inevitably be biased in favor of Biden. Yet they would not recognize that bias, precisely because of their focus.

If I am wrong in this analysis, then in two days Joe Biden will win the White House by the biggest margin of a challenger over an incumbent President since FDR beat Hoover in 1932. If I am right, the media polls have ignored critical demographics in numerous states, along with vital issues like job growth, law and order, personal freedoms and media censorship, and the main networks are going to be stunned again, possibly more than they were in 2016.

Either way, I will be preparing a post-election analysis of the polls, both at the national and state level. Whether I am right or wrong, the analysis should be worthwhile and rather interesting.