This week’s Weekend Caption Contest™ helps us round out a week that was another roller coaster ride from hell. 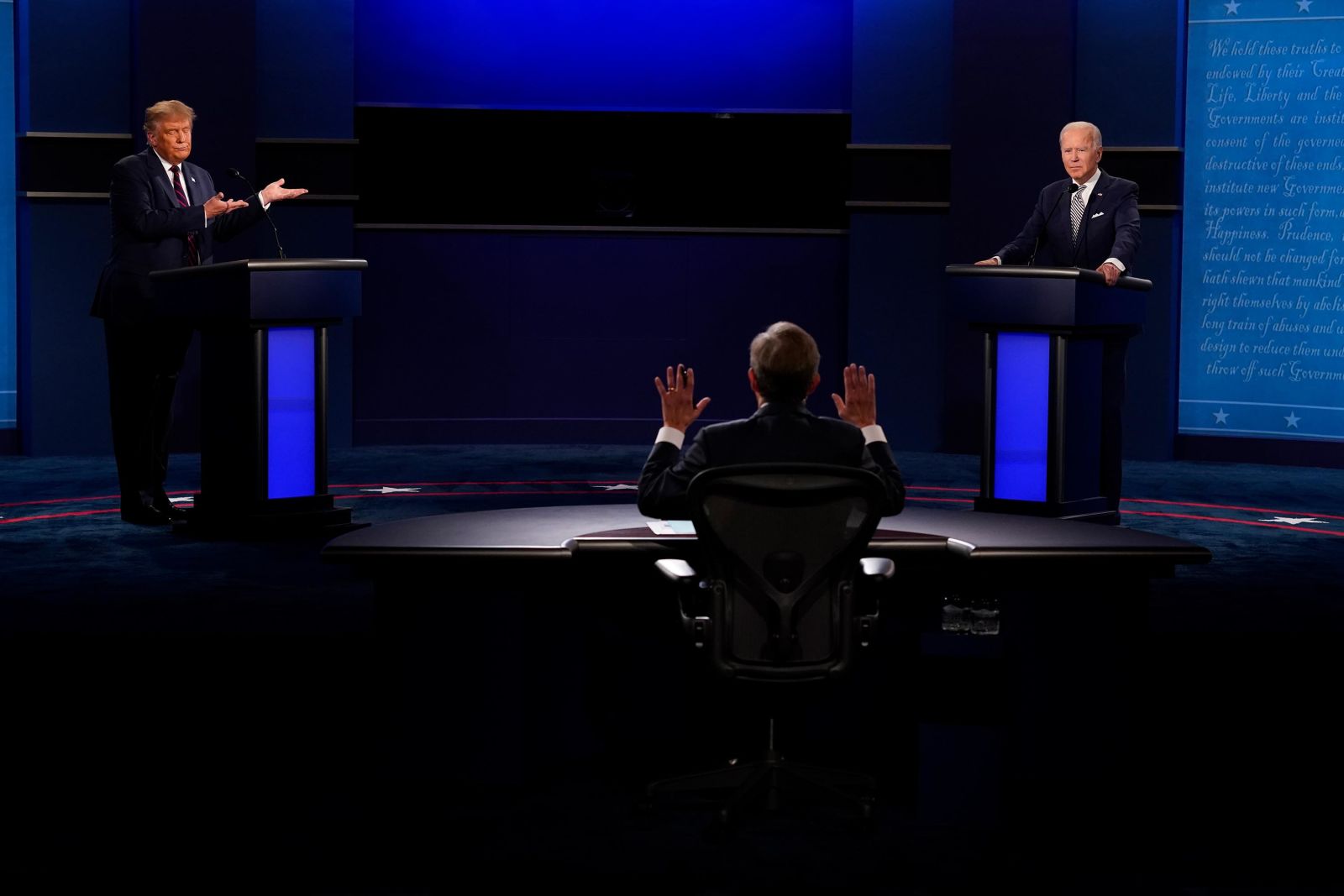 1) (Joe_Miller) – “I watched the debate. I completely missed the mime part. Trump is a waiter delivering a tray of food. Chris Wallace is trapped in a box. And Joe Biden is clinging to a podium so he can keep standing up.”

2) (Par4Course) – “Biden’s campaign wouldn’t agree to an independent check after a staff member spotted blue sky when he looked into Joe’s ear.”

3) (yetanotherjohn) – “Chris asks Joe how many amendments are in the Bill of Rights … Joe gets the number wrong./em>”

4)(fustian24) – “Wallace:
Mr. Biden: I have another Trump quote taken out of context to give you the opportunity to take some cheap shots at the President…”

(Joe_Miller) – “Trump is thinking that, in light of today’s news, he should have hugged and kissed both of these guys.

(retired military) – “Biden “We know things about Barrett’s past”” 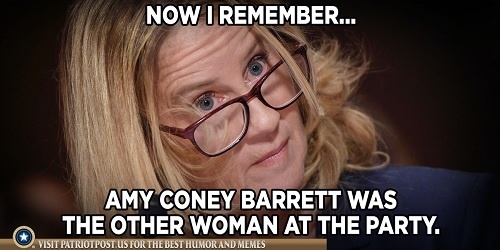 (RockThisTown) – ““Ok, ok, Mr. President . . . if you insist, we’ll stipulate that Hillary will never be President.””

(Paul Hooson) – “Yeah, but everyone remembers that classic Lincoln-Douglas debate in which he told Douglas, “Who do I have to blow”?”

(Harry Butts) – “There once was a presidential debate
With Trump and Biden on the slate
But with Chris Wallace as moderator
It turned into a shit-show
And was as fucked up as my rhyme scheme became.”