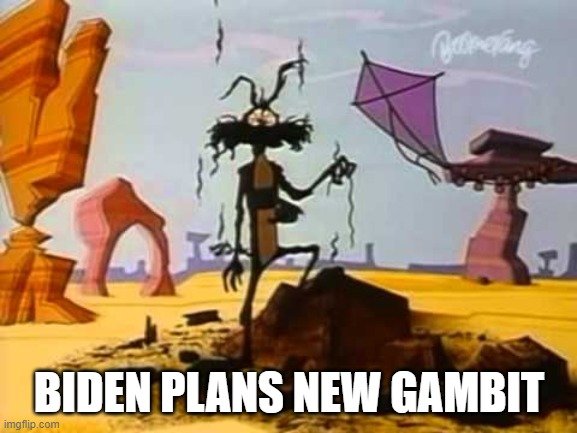 In July 2013, after a jury acquitted George Zimmerman in the death of Trayvon Martin, the hashtag #BlackLivesMatter began to show up in social media. A year later, violent mobs protesting the death of Michael Brown in Ferguson, Missouri rallied as a group under the same name. By 2016, BLM had become well known for protests, demands for violence against law enforcement, and some very dubious claims regarding so-called ‘systemic racism’. By the time of the 2016 election cycle, BLM had over thirty local chapters, but to protect against legal liability for violent action by BLM members, the group claimed there was no central authority or organization.

While BLM always claims in media to be focused on protecting black lives from violation of their rights by police, their 2016 incorporation, M4BL, demands reparations for slavery, political advantage for their supported candidates, amnesty for their members no matter what crimes are committed, funding for free housing in middle class neighborhoods, guaranteed free food, defunding of law enforcement, and essentially no legal protection for police officers who use violence in their job, even if no evidence of wrong-doing exists. A simple side-by-side comparison to the Democrats’ platform this year shows close alignment between BLM and the Democrats.

It’s interesting to see how the Left wants to make use of BLM, but to do so at arm’s length. Some of that use started in 2015 when Trump announced his candidacy for the Oval Office. It’s interesting to read through the thousands of pages of DNC emails received by Wikileaks, and in them observe that Democrats feared – even before Trump became the GOP nominee – that Trump might poll well with Black voters, and so they determined they needed a weapon to use against Trump, specifically to flood media with accusations of sexism and racism against Donald Trump.

Polls from the 2016 campaign reveal that the media harassment of Trump was actually largely successful, but Hillary Clinton was a poor candidate who could not close the deal. It may also be true that 2016 BLM protests caused voters to doubt the Democrats’ plans for their best interests and safety.

Fast forward to May 25, 2020. George Floyd dies during his arrest by police in Minneapolis, Minnesota. The next day violent protests started in Minneapolis, spreading across the country by BLM and Antifa groups with media pretending they are peaceful. No one in the media has observed that the violence was too organized and spread too fast to be organic, nor have any of BLM’s claims about the Floyd case been compared to proven facts.

Democrats in afflicted cities have been frankly callous to the suffering of innocents. Seattle’s mayor claimed the riots in her city were a “summer of love”, while Minneapolis’ mayor said he supported the protests, even the violence, adding only that he hoped the rioters would wear masks.

Put plainly, Democrats have refused to clearly denounce the violence, and will not even acknowledge the innocent victims of the riots.

Add to that the NBA and MLB support for BLM. Plastering the political slogan across the court for all NBA games may have seemed like a good idea for the National Big-Money Athletes group, but the stunt rubbed a lot of regular fans wrong. Now both the NBA and the MLB have refused to play the games for which they get all that money, just so they can lecture regular guys some more on the importance of the rich jocks’ politics.

That’s incredibly stupid. Aside from whether I agree with the political views of the players, the fact is that if I told my employer that I would not do my job unless they supported my politics, I’d be unemployed before I had a chance to finish the demand. The idea that athletes paid millions of dollars to play a game should be able to demand everyone else be lectured about politics instead of just playing the game is a really bad idea. Add to that the fact that the NBA, MLB, and NFL have consistently refused to support causes like respecting police killed in the line of duty or supporting our veterans, and you have some incredibly short-sighted thinking.

The Democrats are well aware that President Trump has done a great deal for minorities, ranging from record-low unemployment for minorities before the pandemic outbreak, to establishing permanent funding for Historically Black Colleges and Universities (HBCUs), to the First Step Act, which reforms criminal justice and focuses on freeing minorities overly punished, provides rehabilitation for convicted persons, and provides more pragmatic oversight of federal sentencing. Democrats are horrified that these actions may help Trump win minority support in the election, and this has led to use of the BLM and Antifa to link Trump to violence in inner cities. While initially successful, the attempt has backfired on Democrats and it is now the Democrats who are linked to the violence.

It’s too late for Democrats to reverse course, however, so expect them to continue to try to link Trump to empty claims of racism and incompetence. The polls have already begun to turn against Biden, and given his inability to condemn the violence, let alone offer a plan for establishing a just and safe society for Americans, I don’t see the former Vice-President avoiding the cost of this failed gamble.