Home
2020 Election
The Fall of Trump 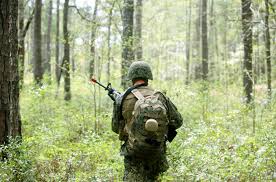 Got your attention, did I? Some of you may have read that title and considered that here is a Trump supporter who has argued for Trump all this time, now admitting it’s over. Others might have noticed that what the title means depends on how you read it. It can be taken to mean that Trump is about to fall from power … or it can be a reference to the idea that Trump will own this fall, and use it to claim a second term. Which is true remains to be proven, but it’s important to understand that two big camps have very different ideas about what is going to come to pass this November.

First, the Democrats’ case. I start there because it’s simple. The Democrats hate Trump, and the majority of their energy comes from the malicious but sincere belief that the President is bad and that everyone knows he is bad. They read polls showing Biden with a lead, sometimes a big one but always with a lead, and they take that as confirmation they are going to win, and that Trump’s supporters are deluding themselves to think they can win.

Second is the case of Trump supporters. They believe that because they saw the same things happen in 2016 that they do now. The arrogance of the Left, the polls saying that Trump was way behind and had no chance to win. Trump supporters also see the Left excusing the shut down of businesses as necessary to save lives of people not infected or in clear danger, just so they could tank the economy.

Trump supporters see the Left excusing, even promoting, violence in the streets so they could profit from the chaos. Trump supporters see the Left denouncing law and order, shutting down churches and schools, flooding media with false accusations to attack the President, and they believe this sort of behavior disgusts most Americans and will cause many who support the President to ignore the media, including those polling groups who tell us Biden is winning.

As usual, I look to the polls for the barometer of the election, and as usual, I peer into the claims made to see if the facts support them or not. As you are aware, the Democrats are very happy with the polls, since they have consistently shown Biden with the lead. When Republicans remind the Democrats that Hillary led in polls throughout the 2016 campaign but Trump won 30 states anyway, the Democrats tartly reply that this time the lead is “much bigger”, so let’s start there.

To avoid accusations of cherry-picking polls, and for the simple convenience of the work, I look at the national polls from the 2016 and 2020 elections posted on RealClearPolitics. And since we don’t have a final outcome for the 2020 elections, rather than focus on the final polls from 2016, I look at the whole collection from both campaigns, with attention to the lows, highs, and average for the candidates from each election. I would also note that RealClearPolitics shows thirty different polls have been used, with thirteen used in both 2016 and 2020, ten used in 2016 but not in 2020, and seven used in 2020 but not in 2016. With that in mind, I begin my comparison.

I have already talked about the party affiliation games which many of the polls have played. I have talked about the advantage Trump still holds in voter judgment of who is better to run the economy, which remains the top issue even with the nonstop Covid noise. I have talked about Trump’s continuing advantage with voter expectations, that often-ignored bit of salient evidence that warns when poll headlines are misleading folks. But now it’s time to take a little walk through Presidential election history.

2020 will be the fifty-ninth Presidential election in US history, but not all of them are really comparable. For my opinion, to really be comparable we can only count elections where electors are decided by the popular vote in each state or allotted district, and where voter eligibility does not exclude anyone by race or sex. That means that the set of comparable elections would be the twenty-five Presidential elections held starting in 1920, when the 19th Amendment was ratified. Relevant factors would be Presidents seeking re-election, as well as how former Vide-Presidents have done when running for President.

This tells me that the President has a lot of influence invested in his office which makes him tougher to beat than most people think. Consider FDR in 1936, for example. A lot of people assume that FDR was a great President, but in 1936 his economic plans just plain were not working, and Roosevelt was having a hard time convincing folks to trust him. The good news for FDR was he was running against Alf Landon, Governor from Kansas and generally like by everyone … but Landon was not the guy to convince folks to dump Roosevelt. That’s an important element, you know. The Democrats have been making a big noise about how the election is a ‘referendum’ on the President, but that’s always the case. The other side of the story is whether the challenger has the charisma and leadership image to win over voters. To see what I mean, consider the following match-ups on the basis of charisma and forceful personality:

See the trend? The man in the White House gains the strength of that office, so that only really powerful personalities can unseat him. And sorry Joe, I just don’t see Biden as possessing such charisma and leadership skills. This will be the Fall of Trump, in the sense that I believe the President will own the season, and the fall of Biden, in the sense that Biden will walk into several rakes before he is done. 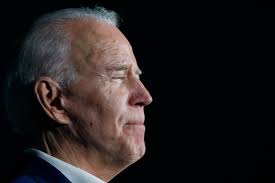 By. The. Way. In the CBS News/YouGov Poll for August 19-21, taken just after the Democratic National Convention, they say Biden leads Trump 52% to 42%, but when you get to the question about who each group supports for President, Democrats prefer Biden 95% to 3%, and Republicans prefer Trump 93% to 5% … but Independents prefer Trump, 47% to 37%. Just think what kind of twisting you have to do to get a 10 point lead for Biden, when Independents prefer Trump by 10 points! 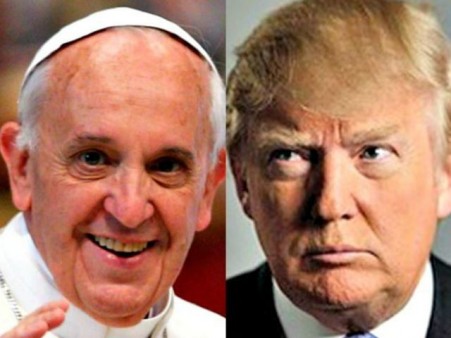 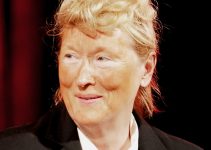