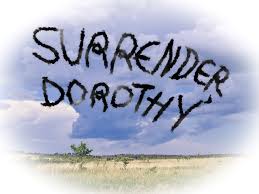 Like many here, I have read and seen all the media reports promising not just a win for Biden, but a rout, a landslide. And I have also seen indicators that Trump may be reacting to the stress, from suggesting the election should be delayed to shaking up his campaign. After looking at past elections where I was disappointed in the results, I resolved to accept the facts this year, whether good news or not. But after 2016, I have also resolved to make sure of the results, not just settle for claims. Which is where today’s post starts.
If you talk with a Democrat or Biden supporter, they will usually point to the polls as primary evidence for a Biden win. That’s fine in an of itself, but as I have written before many times, there are problems in the polls, at least their headlines. Here are a few of them:

The signs of a Democratic landslide are everywhere (CNN Politics)

Do they sound familiar? Maybe check out these headlines from 2016:

In short, the Democrats are saying the very same things they did in 2016. When challenged on this point, Democrats usually throw back some version of ‘but this time is different’.

So what’s going on? Don’t Democrats realize they are using the same playbook they had in 2016? Don’t they understand that Biden’s gaffes and personality are a problem? Yes and no, but it’s important to understand that they believe they almost won in 2016 with their strategy, so they are trying it again on the assumption that the same number of people will dislike Trump, but more will like Biden than liked Hillary.

And they are trying to get Republicans to give up now. I call it the Flying Monkey Plan.

If you watched the old film, The Wizard of Oz, you’ll recall that there were witches in Oz, wicked witches to the East and West, and Glenda the ‘good’ witch, who nonetheless got Dorothy to do jobs for her without telling her that she could have gone home anytime she wanted, but just clicking her heels. Anyway, the Wicked Witch of the West, more than mildly annoyed that Dorothy dropped a house on her sister, the WW East, also took the ruby slippers from WWE (stealing from the dead, and she’s the heroine?), and Glenda laughing about it, decided to wreak vengeance on Dorothy and prevent her from fulfilling her quest to reach the Wizard, in part because wicked or not, WW West really liked to keep breathing.

So, along the way, WW West not only dropped obstacles on the shoe-stealing farm girl and her friends, WW West decided the best plan was to get Dorothy to give up. That’s why WW West set up an air show that featured a monkey formation spelling out ’Surrender Dorothy’.

Of course Dorothy does not surrender. Why should she? It’s not as if the WW West would let her go if she gave up. In fact, it’s kind of a sign that WW West is worried, trying something designed to make Dorothy give up instead of a direct move. But that’s what is happening here with Biden’s new monkey team.

The same polls admit that Trump supporters are far more energized than Biden supporters, a worrisome sign that those poll numbers may not be as firm as advertised.

Then there is this: The Cato Institute released a report saying 62% self-censor out of fear they will be seen as offensive.

If you dig into the report, the one group which has no fear about expressing their opinion are strong liberals. Given the way media and companies like Facebook and Google treat people according to their politics, this is prima facia evidence that Moderates and Conservatives are forced to be silent, which may well extend to if and how they respond to pollsters.

The clear message here is that Democrats don’t trust the polls, and want to shut down Republican participation in the 2020 election. They want you to give up and stay home. They want you to surrender, Dorothy.

Treat them like what they are, a pack of flying monkeys and just once more barrier to getting the job done. Register if you have not already done so, and make sure you vote.
The Wizard of Oz may be fiction, but the threat from Biden’s flying monkeys is all too real. Don’t buy, it, just stay on mission.