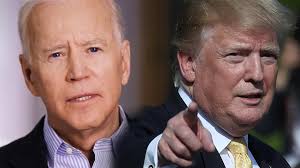 I have been generally optimistic about President Trump’s campaign up to now, but I think it’s important to step back and work to be objective. To that end, I am falling back on a well-known but still useful business tool: the SWOT analysis.

For those unfamiliar with the term, ‘SWOT’ refers to Strength/Weakness/Opportunities/Threats, and is used to help business planners understand their condition and situation in context.

“Strength” in my analysis will refer to positive qualities which the President possesses, “Weakness” will refer to negative qualities which damage his effectiveness in campaigning, “Opportunities” will refer to events and conditions which Trump can use to his advantage, and “Threats” will refer to events and conditions which could cost Trump support if he fails to address them properly. While a traditional SWOT analysis follows the S-W-O-T pattern, I will start by building the case against him, then follow with the good news, so my analysis will actually follow a W-T-S-O pattern, which is less elegant as an acronym, but which I think presents the situation in a proper light.

Now I should mention another important point about my analysis. Most of the qualities in my analysis come directly from voter responses by voters contacted by the Swing Voter Project, a series of focus groups contacted from March 2019 to now and all the way to November 2, the day before the election. The Swing Voter Project contacts voters who voted in the 2012 and 2016 elections in key swing states. Detailed descriptions about the focus groups include the detail that these group each lasted more than two hours in length, making sure every voter in the groups got heard, and had a chance to comment on issues they felt were important, a sharp distinction from the brief-as-possible polls which limited voters to multiple-choice responses, and sometimes only an either/or choice.

This provides an important difference from normal polls, in that voters are allowed to speak their mind in their own words. Rich Thau, the project coordinator, has released a lot of interesting comments by voters on these panels, although he admits his sample size is too small to represent a poll in its own right. The comments by the voters, however, are direct evidence of the qualities I want to examine in my SWOT analysis.

With that, I note the relevant comments from the focus groups:

• Trump hasn’t handled the pandemic response well – it’s time for someone new
• Trump handled the death of George Floyd poorly in most voters’ minds
• Biden is the “lesser of two evils”
• Trump’s honesty appears challenged
• Trump “runs his mouth” too much (but he gets the job done)
• Trump looked immature by refusing to wear a mask for so long
• Trump’s cabinet appears dishonest.
• Trump looks too eager to argue and fight, not work out solutions with Democrats
• President Trump has “offensive” reactions to events
• Trump’s tweets sometimes hurt his cause and image. Voters would much rather Trump let his work speak for him
•

What these comments have in common, is that Trump’s style and manner cause him to hurt his image. If Trump can speak and act with better leadership, he can reshape his image and regain support from voters.

Now onto the threats Trump faces:

• Voters do not blame Trump for the virus, but expect his decisions to be for the best interests of the nation. If his decisions cause harm, he will be blamed for their effects
• Voters in the swing states have said that if protests continue right up to the election, that hurts Trump’s chances of re-election
• Voters think Biden may stabilize the country
• Some voters believe our country is in a “shambles” and another four years of President Trump will leave us without any allies in Europe.
• Voters believe Biden will bring respect back to the presidency and to our country.
• Voters think Biden has the experience to do the job.
• Voters think Biden’s the alternative to President Trump, the “lesser of two evils.”

Biden has soft advantages here, but these threats could keep Trump from winning critical independents and moderates in the election if he ignore them.

Now on to Trump’s strengths, according to the voters:

• Voters think Trump did a great job with the economy with record low unemployment before the pandemic, and now we’re making a comeback
• Voters like Trump’s strong stance against China in the trade war
• Voters approve that Trump is for strong borders, keeping illegal immigrants out
• Voters believe Trump opposes regulations that slow down our economy
• Voters think Trump cannot be bought
• Voters think Trump has done a better job than the last couple of presidents
• Voters like that Trump is not a politician
• All of the Michigan trump supporters said they were ‘pro Trump’ not ‘Anti Biden’ indicating enthusiasm, while none of the Biden supporters were ‘pro Biden’, they were only ‘anti Trump’

These strengths tie Trump to key issues, like the Economy and Leadership in times of crisis. These qualities are notably absent from Biden’s arsenal.

Finally, what opportunities the voters see for Trump:

• Voters doubt Biden can do what he’s saying he’ll do
• Voters do not like the violence and rioting occurring with the protests, especially since Democrats like Biden say nothing about it
• Trump stands out, while Biden’s never done anything to stand out
• Voters leaning to Biden said Trump could win them back if he were to show empathy, stop tweeting, and act like a president.
• The Left is too quick to call many people “racist” without valid reason
• Biden looks stupid for attacking monuments and historical figures who are long gone
• Voters don’t like Biden blaming Trump for the coronavirus, seeing it as playing politics falsely
• Biden has made a lot of verbal blunders of late, which makes him look mentally troubled
• Biden has not said he is willing to debate Trump that voters recall
• Biden has shown signs of dementia and is not mentally capable of being president – he “can’t finish a sentence” and speaks “gibberish”
• Biden’s been in hiding
• Biden’s a “puppet” and won’t be the man in charge – he’s very scripted and controlled by others
• It’s unclear what Biden has done in the past 40+ years to help heal race issues
• If elected, Biden may not serve all four years
• Biden made a mistake by putting the selection of a female running-mate ahead of choosing the best person for the job – it looks like a pandering move
• Voters broadly want a national discussion on race, but they dislike having politicians running that discussion or setting the rules for it
• Most voters think schools should open in the fall and have face-to-face teaching
• Impeaching the President was a mistake by Democrats – it looked like a cheap political move which took away attention from important issues, especially in light of the coronavirus coming in from China. This is important because The impeachment put a bad taste in the mouth of voters who now apply that to new conditions
• Trump gets credit from some voters for de-escalating tensions with Iran even as he confronts Iranian nuclear misconduct
• Voters are very worried about the economy being hurt by too much attention to the virus
• Biden isn’t a better option – why make a different choice if it’s not a better choice?
• Those planning to vote for Trump indicated there’s nothing Biden can do to win them over.
• Trump is seen as the law & order candidate while Democrats are seen as hurting our safety
• Most swing voters fell they are personally better off than they were 4 years ago, even considering the pandemic

First, that is a long list, meaning that despite what the media says, Trump has a large number of ways he can reach re-election.

So how is it, with these comments, that Biden is leading in the polls, and Trump seems almost desperate? Simple.

1. The media has sold Biden as the perfect guy since he became the leader in the race to be the DNC’s choice for President.
2. The pandemic has allowed Biden not only to attack Trump with a bogus but emotionally powerful charge, but also to hide in his basement – literally – from serious criticism.
3. Trump has grown weary of the whole mess, and has made a couple misstatements which the media has used to damage his image.

The problem for Biden is that sooner or later he does have to go out and campaign, and A lot of the voters who give Biden their support right now do so softly and without commitment; Trump can win them to his side in some cases, or convince them to just stay home. Trump’s core base is still intensely loyal to him and energetic, and if Trump is able to engage the general public again, can still turn 2020 into a re-election for the President.