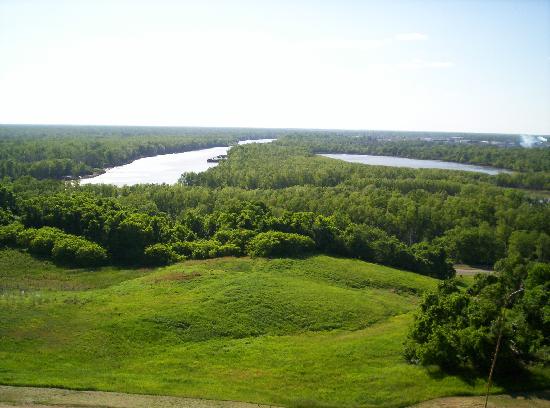 Everyone wants to know the future. This is one reason political opinion polls are so popular; they imply that they can tell you ahead of time who will win the election. To be honest, in many elections polls can project the winner because the race is relatively simple, and the key measures are easy to track. Whether the race is for a Mayor’s or Governor’s office, a House or Senate seat, if you can project the aggregate vote total, you can forecast the race. But Presidential elections are very different, and not just because of the larger voter population. The US Presidential election is not one national race, but fifty-three elections from the fifty states, the District of Columbia, and two congressional districts in Nebraska and Maine which each produce a single elector. This requires pollsters to prepare analysis for dozens of different races, each with differing voter demographics and support dynamics. It’s simply more than most analysts can handle.

Here in 2020, the Democrats managed to do a lot of damage to the economy through shutdowns, yet used media to put the blame on the President. The tired old lie that ‘Trump is a racist’ also got play from the media through the BLM’s “peaceful” protests, and the deaths, injuries and damage caused by such ‘peaceful’ expressions. The media has also obliged the Left by playing games with the polls to make Trump look like he has already lost.

In prior posts, I have discussed the bias built into a number of polling agencies, and the abundant evidence of polling mistakes in the 2016 election. Polling group officials have denied the blunders in their 2016 polling, largely because they do not have a sure way of re-establishing reliable results with online polls, especially mixed-method processes which create a stew of results closer to Alchemy than Science.

But polls are used for practical and effective purposes by campaigns, as evidenced by data procured by Wikileaks. That data gave ordinary people their first glimpse into how campaigns use poll data to shape elections. Back in 2016, Wikileaks provided emails from John Podesta which provide insight into how to use polls to manipulate public opinion. In one email, a state-by-state report from Atlas Polling provided vital insights into how this is done.

In Florida, for example, the report included this advice:

“• Always conduct bilingual interviewing … at least 3% of the total sample in Spanish.
• Break the state into media markets … allow targeting in the big three markets of Tampa, Orlando, and Miami.
• Conduct microtargeting to maximize support among white Democrats in north Florida … move that support from 60 to 70% into the 80% range.
• Microtargeting to Hispanics should be bilingual … accounting for country of origin when possible.
• Statewide microtargeting should help identify Republicans open to persuasion.
• Conduct frequent media market studies in key markets or regions to refine the buy in each market.
• Consistently monitor the sample to ensure it … has enough African American and Hispanic voters.
• On Independents: Tampa and Orlando are better persuasion targets than north or south Florida
• Persuasion programs should be targeted regionally within the state … For example:
• Statewide benchmark and trend polls with a large enough sample (600–800) to see changes in the Tampa and Orlando markets.
• A microtargeting project with oversamples in specific regions or with Independents.
• Focus groups by region or demographic group (Hispanics particularly).”

Note the use of oversampling and microtargeting. The polls are used to shape opinion and advance support, not just measure voter support. To understand the battleground for 2020, we need to start with history and human habits.

Both the Democrats and Republicans have run countless models addressing possible strategies and conditions, but the COVID outbreak and the violence in many cities has thrown a lot of projections into chaos. But I think we can claim to know some basics about the situation in general.

We have always known that President Trump would run for re-election, and that he would win the GOP nomination. Trump is running on his economic accomplishments through 2019, his reformation of US trade standing around the world, and reversal of Obama’s most damaging actions.

The Democrats locked onto Joe Biden for their nominee when the COVID shutdowns started, despite his obvious weaknesses. Biden and the Democrats are playing up the economic damage from the shutdowns, deliberately promoting a sense of chaos by ignoring violent riots, and repeating all the old lies, from false accusations of Racism and Russia-Russia-Russia, even in the face of absolute evidence proving them liars.

So, to History. Democrats like to think they understand all of political history, but as I said at the start, Presidential elections are unusual both in scale and form, and so their history should be examined separately to avoid wrong assumptions.

There have been fifty-eight Presidential elections in US history. That seems like a lot of material to work with, but on closer examination, no. After all, the popular vote was not used until 1824, meaning the first nine elections don’t give us much in common with current conditions. OK, so that still leaves forty-nine elections to work with, but on that count we must consider that for a long time yet, only white male land-owners were able to vote, so we have to go past Emancipation and Women’s Suffrage to look for comparable demographics. Finally, we must consider the impact of the two-term limit applied after FDR, which leaves us with eighteen elections for useful valid analysis of Presidential elections. And when we look at those elections, some interesting facts emerge.

Since 1948, there have been six Democrats elected President, and five Republicans. One of those Democrats, John Kennedy, may be set aside because of his tragic assassination; we cannot use his administration to analyze elections except to consider that Johnson may have been helped in his 1964 campaign through national sympathy. But for the remaining five Democrats, we have the following track record:

Two Democrat Presidents won their initial term, but did not stand for re-election, presumably because they lacked support to contend;

Another Democrat won his initial term but lost his re-election bid; and

In comparison, we have five Republicans who were elected President, with the following results:

One Republican won his initial term but lost his re-election bid; and

Four other Republicans managed to win both their initial term and re-election. All four increased their percentage of the national aggregate popular vote in their re-election bids.

So, 40% re-election for Democrats with vote weakness apparent in the two wins, versus 80% re-election for Republicans with improved vote strength in the re-election bids in those winning campaigns. Further, political analysts believe that if Ross Perot had not run in 1992, GHW Bush would have won against Bill Clinton that year.

Those numbers are interesting. Keep them in mind as we continue.

You may have heard or read that a number of states won by Trump in 2016 may be in play in 2020. What you should know is that by the numbers, several states won by Clinton in 2016 may also be in play.
Go back to 2016 and look at the voter percentage results for each state. If we pay attention to states where the winner had less than a five percent (5.0%) spread, we see the following ‘Trump’ states:

And the following ‘Clinton’ states:

Finally, while you will see a lot of polls touting leads for Biden in a number of these states, it’s useful to compare the final 2016 election results by state versus the poll numbers for July 2016:

So, to recap. Yes, Biden has a lead in the polls and yes, turnout is essential. Trump can only win if you register, vote and energize your fellow Trump supporters. But this election is far from over, and Trump is in far better shape than the media or the Democrats want you to know. 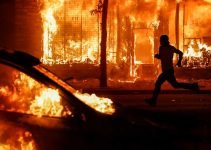