This week’s Weekend Caption Contest™ reminds us that we could have been major twits and ponces like the two people pictured if it hadn’t been for the bravery and brilliance of our founding patriots. 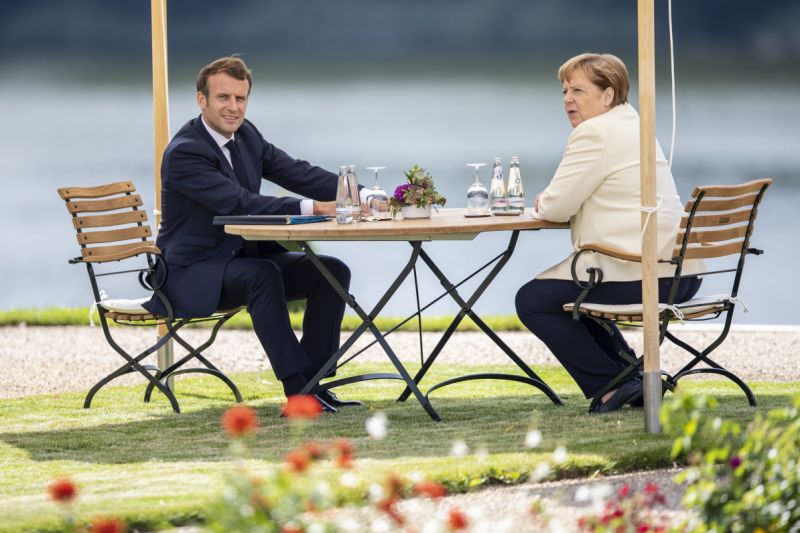 1) (retired military) – “Merkel “The flames look awesome. The only things we are missing are fiddles and togas””

2) (Vagabond661) – “Merkel: I gave my country away to radical extremists.
Macron: Hold my chardonnay.”

(yetanotherjohn) – “You know Macron’s underwear is white … you never know when you will need to surrender in a pinch.”

3) (Paul Hooson) – “Two people who really should wear masks, virus or not…”

(cathymv) – “Merkel “The flames look awesome. The only things we are missing are fiddles and togas””

(fustian24) – “Security had to remove Hillary for the third time today.

I’m beginning to see why the Americans wouldn’t elect her.”